Ward Signs On to Work for NBC Sports 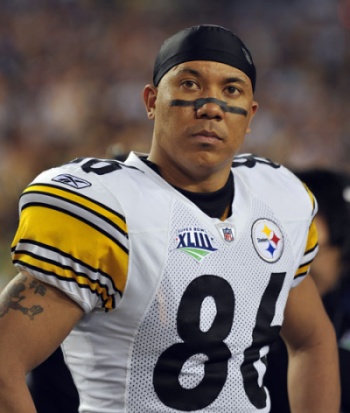 Steeler fans will be seeing Hines Ward this season on TV – but in a little different way.

NBC Sports announced that it has hired Ward to be a part of Football Night in America, which is the in-studio show for “Sunday Night Football.”

Ward, who left football this past offseason after he was released by the Steelers, has come to terms with NBC on a multi-year deal.

The all-time great Steeler WR will also be a part of NBC SportsTalk with Mike Florio and Sports Illustrated’s Peter King, an NFL discussion show on NBC Sports Network.

“We think Hines is a perfect match for television because he brings with him a unique combination of charisma and football experience, which he demonstrated on our Super Bowl pre-game show from Indianapolis,” said Sam Flood, executive producer, NBC Sports and NBC Sports Network, in the news release.

“He’s an opinionated personality who can draw upon his 14 years of experience, having excelled at the highest levels of the game. Just don’t expect him to dance.” “I am really excited. It’s not everyday that you get the chance to work for a powerhouse like the NBC Sports Group,” said Ward in the release. “It is a big honor for me and I am looking forward to making the most of this great opportunity.”

Miller to Get a Bigger Look in the Steelers Offense in 2012?
Wallace in 2012 – Brown and Sanders to be the Next WR’s to Hold Out?