Miller to Get a Bigger Look in the Steelers Offense in 2012? 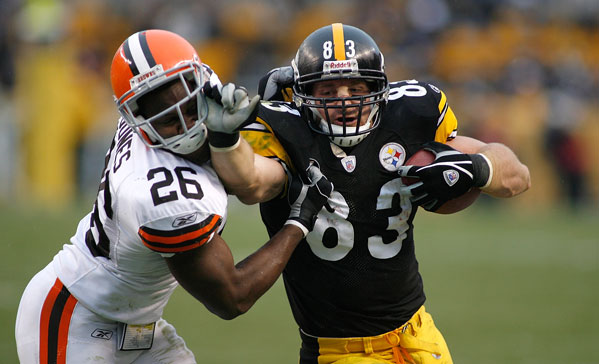 “Haley is excited about what Heath Miller is capable of,” Tomlin said. “He’s been very clear about that, his excitement to work with Miller. I would imagine that the tight end is going to be a part of our plan.”

At his Feb. 9 introductory news conference, Haley called Miller “one of my favorite players.”

It likely is the biggest part, in one sense, because the only unrestricted free agent the Steelers have signed is 6-8 tight end Leonard Pope, a veteran of six seasons in Haley’s offense in Arizona and Kansas City.

The new offense has emphasized protecting the quarterback, running more effectively and high-percentage passes. They’ve been working at it for two weeks in practices, and even Miller can see the possibilities for more receptions than he traditionally has seen in six of his seven seasons. His 51 receptions last season were the second most of his career.