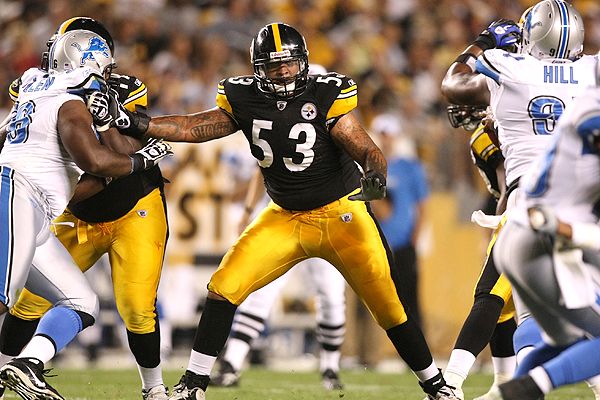 Six players would up littering the latest NFL Networks “Top 100 Players of 2012 List,” this while the highest player on the list for the Black and Gold was #19, that being safety Troy Polamalu.

Here’s a couple insights to the list, and why I think once again this season the Steelers got the shaft in a couple different areas:

1. Roethlisberger is so much better than #30 – Think the Steelers don’t value their QB? Well, they went out and got him a couple new linemen to protect him and help out the run game, and there’s no doubt that for the past two seasons the list has been for whatever reason not favorable to Roethlisberger. Look at a couple names that were ahead of him – #27 Clay Matthews (seriously?), #20 Ray Lewis (old and WAY overrated at this point in his career), #23 Wes Welker (total product of the system and replaceable), #15 Andre Johnson (always hurt it seems like) and #8 Adrian Peterson (already seems to be wearing down as a top notch RB). Sorry, for my money, you can put Ben in the top 15 and be right now, but not 30.

2. Polamalu may actually be a bit high at 19 – I know, when healthy Troy is still one of the biggest game-changers in the game today. That remains as the big issue right now – he can’t seem to stay healthy. The years of hard hits and flying around have caught up with Troy, and any real Steelers fan knows it seems like it’s a matter of time before he goes out again. Not to say Steelers fans want to see that, but it just seems the way it is. If he plays 16 games and the postseason, 19 is fine, but that’s asking a lot at this point.

3. Antonio Brown will be in the top 30 next year – I will go out on a limb already and say the Pro Bowl WR is going to find his way not only on the list for 2013, but will have a HUGE impact in his 3rd year with the Steelers. Brown is a star in the making, and 2012 he is going to lead the Steelers (all in my opinion) in catches, yards, and touchdowns. Look for a monster season for Brown starting in a few months, and next season his peers won’t be able to overlook him.

Steelers Working Out Former Pats LB Markell Carter
Steelers Out of the Mix as a Playoff Team in 2012?