Tomlin Speaks Out About Wallace Being a Holdout 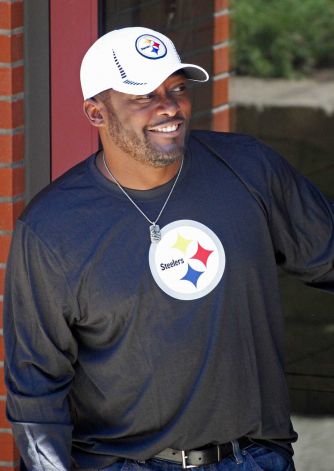 The holdout has begun.

Mike Wallace didn’t show up to Latrobe today at 3pm, making him an official holdout of the Steelers, and putting the club, the player, and the players agent all in tough positions.

Mike Tomlin spoke about Wallace not being in camp, and said that it’s a difficult situation, but one where the team wants him in camp.

“I don’t know when he is going to be here. Obviously we have a desire for him to be here. We want him to be a part of this thing, both short term and long term. We’ve been in negotiations with him. He’s not here today. That’s unfortunate for him.

“One thing that experience has taught me is that this is bigger than all of us. It’s bigger than Wallace and it’s bigger than me. So I mean that when I say that it’s unfortunate for him that he’s not here. This group that is the Pittsburgh Steelers will continue to push on, and we will focus our energy on readying the people that are here. When he shows up, he will show up.”

“I am less concerned about negotiations from a coaching standpoint,” said Tomlin. “I want the player here. We extended a tender to him but of course, he hasn’t signed it. I am focused on the guys here that are working. I won’t focus on him until he gets here.”