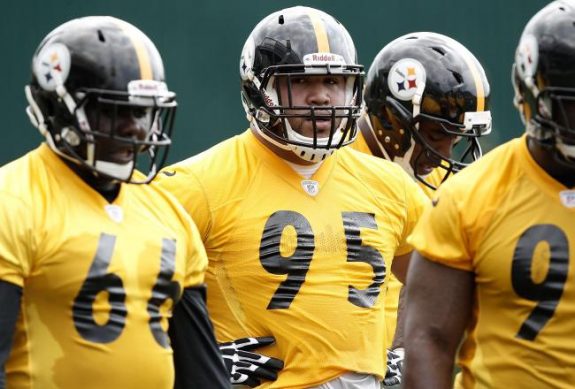 Things are not going well for the Steelers, and today off the field things did go so hot for rookie defensive lineman Alameda Ta’amu.

Reports say that Ta’amu fled police and crashed into parked cars while driving drunk, then was arrested.

The Pittsburgh Post-Gazette says that he was driving a sport utility vehicle the wrong way on Pittsburgh’s South Side at about 2:30 a.m. Sunday.

Police say the 6-foot-3, 348-pound Ta’amu fled officers and crashed into four parked cars, injuring a woman, then tried to flee on foot before he was restrained.

Ta’amu was drafted in the fourth round out of Washington. He has yet to play this season.