Steelers to Give Physical to Former WR Plaxico Burress – Why? 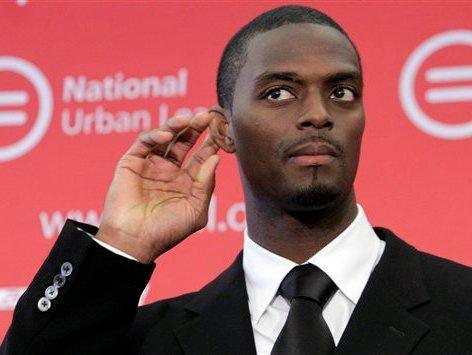 Yes, the rumors appear to be real, the Steelers are set to have a visit with their former outgoing first-round wide out, as ESPN state Burress will be in town for a physical with the black and gold.

ESPN confirms that Burress made his way to Pittsburgh today to visit with the team Tuesday.

Burress played last season with the Jets after spending nearly two years in prison for illegal possession of a firearm.

He was okay with New York, pulling in 45 grabs with 8 scores. He’s now 35, and missed two years of football in 09 and 10 before coming back last season.

The Steelers must feel they need something at the wide out spot, despite the fact their QB spot is also up in the air with Charlie Batch ready to step in as the 3rd different QB in three weeks with the injury to Byron Leftwich.

Bringing in Burress and possibly inking him must mean the injury to Antonio Brown has not healed as quickly as he and the team would have hoped. The team also lost Jerricho Cotchery late in Sunday’s loss with an injury.

Burress was the 8th overall pick by the Steelers in the 2000 draft, and his final game with the team was the AFC Title loss to the Patriots in the 15-1 season of 2004.

He always spoke loud and wasn’t afraid to throw his weight around the locker room, which is why this move to me is a complete head scratcher.

Leave the locker room alone and leave Burress alone – this team already has enough concerns without locker room issues with a 35-year-old circus coming to town.