Steelers Suspend Mendhall For One Game For Not Showing Up Sunday 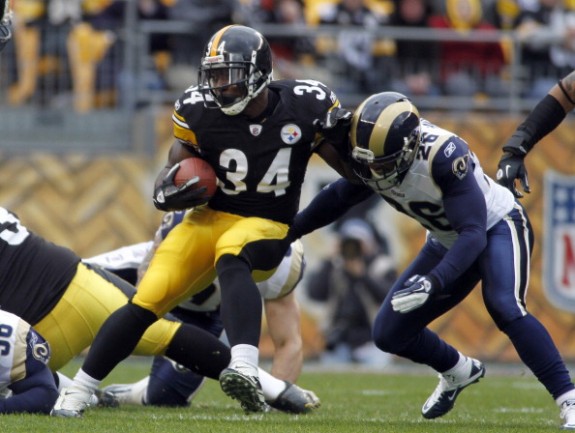 Running back Rashard Mendenhall might as well start looking around the league at other teams that need running backs, because he can write his ticket out of Pittsburgh.

The back has been suspended for one game by the club for “conduct detrimental to the team.” Ed Bouchette says that “conduct” was not showing up to the Chargers game Sunday after he was told he would not dress.

Mendenhall will sit at home this weekend while the team plays at Dallas.

The Steelers former #1 back played in just four games this year and has 113 yards rushing on 34 carries with no touchdowns. He missed the first three games of this year with a knee injury and then missed four consecutive games with an Achilles injury.

The Steelers promoted Baron Batch from their practice squad to fill Mendenhall’s roster spot. Batch spent the first 10 games of this year on the team’s active roster but was then signed to Pittsburgh’s practice squad for Weeks 12-14.

Steelers Slammed by San Diego 34-24 to Fall to 7-6
Colon Out After Surgery; Woodley Could be Back Sunday in Dallas