Steelers Release RB Rainey After Being Charged With Battery 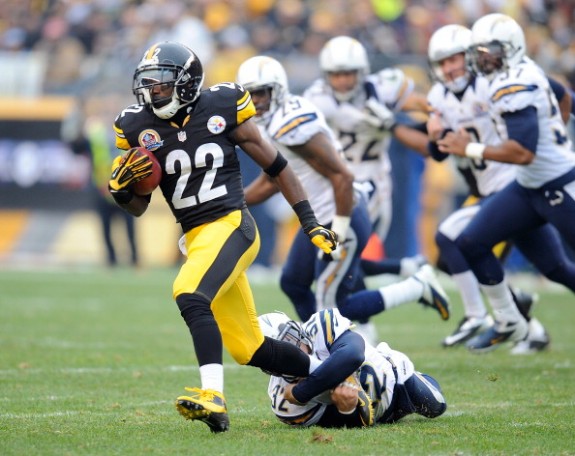 Just hours after learning about the incident, the Steelers have released running back Chris Rainey after he allegedly attacked his girlfriend this morning in Florida.

General Manager Kevin Colbert told TMZ, “Chris Rainey’s actions this morning were extremely disappointing. Under the circumstances and due to this conduct, Chris will no longer be a member of the Pittsburgh Steelers.”

TMZ reported that Rainey “allegedly flew off the handle this morning in Gainesville when his girlfriend swiped his phone — and slapped her in the face.”

The Steelers fifth round pick in last seasons draft ran for 102 yards and two touchdowns, caught 14 passes for 60 yards, and averaged 26.5 yards on 39 kickoff returns in his first season.

He has been charged with battery stemming from the incident.