Tomlin Named By Goodell To The NFL Competition Committee 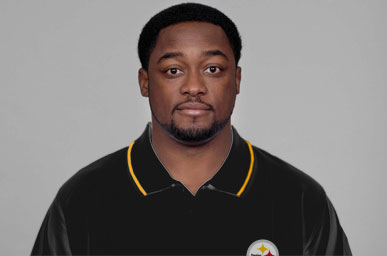 Head coach Mike Tomlin has been named to the NFL Competition Committee by Commissioner Roger Goodell, the NFL announced today.

Tomlin was named the 16th head coach in Steelers franchise history on January 22, 2007. Hired at the age of 34, Tomlin has compiled a 68-36 record in his six seasons, leading the Steelers to two Super Bowl appearances.

Tomlin became the youngest head coach in NFL history to both coach in and win a Super Bowl when he led the Steelers to a 27-23 victory over the Cardinals in Super Bowl XLIII.

“Coach Tomlin will bring additional strength to the committee from the coaching perspective,” Goodell said. “Mike has strong, perceptive views about the game and is effective in expressing them. We look forward to his contributions to the committee’s ongoing mission to improve the game.”

Tomlin, who has served on the Coaches Subcommittee of the Competition Committee since 2009, fills the position on the committee held through the 2012 season by former Arizona Cardinals head coach Ken Whisenhunt.

“I am humbled and honored to be selected to the Competition Committee by Commissioner Goodell,” Tomlin said. “I am excited for the opportunity to help maintain and strengthen the NFL game, and I look forward to contributing any way that I can.”