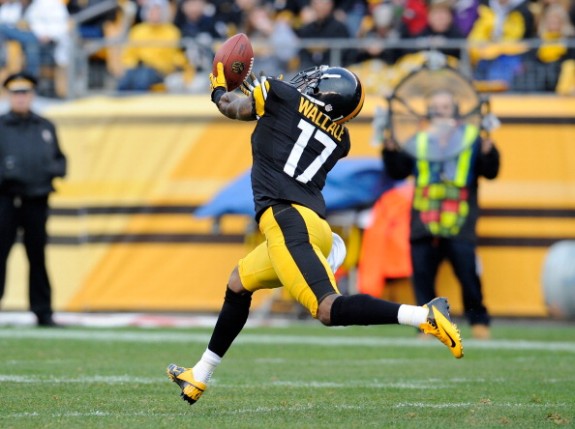 Nobody knows what new Dolphins receiver Mike Wallace is capable of quite like Ben Roethlisberger. On Thursday, the Steelers quarterback called in to The Finsiders to give a quick scouting report on his former teammate.

When an athlete has a skill that is so overwhelming, it tends to lead a vocal minority to undervalue his overall ability. Wallace isn’t immune to this. Many think that, because he is so fast, he must be be a poor route runner or an inconsistent pass catcher.

Roethlisberger said, though, that the “one-trick pony” label isn’t fair or accurate.

“Mike is way more,” Roethlisberger said. “It’s to Mike’s credit. Mike is really focused on becoming a better receiver. So he’s focused on his route running. He’s focused on running out-routes, and curl-routes, and in-routes and doing all the little things that’s required to become a great wide receiver.

“That’s why he, to me, is one of the best in the league, because he not only has that speed – he can run by anybody – but he can run routes and he can get open. That’s why we’re going to miss him, and the Dolphins are lucky to have him.”