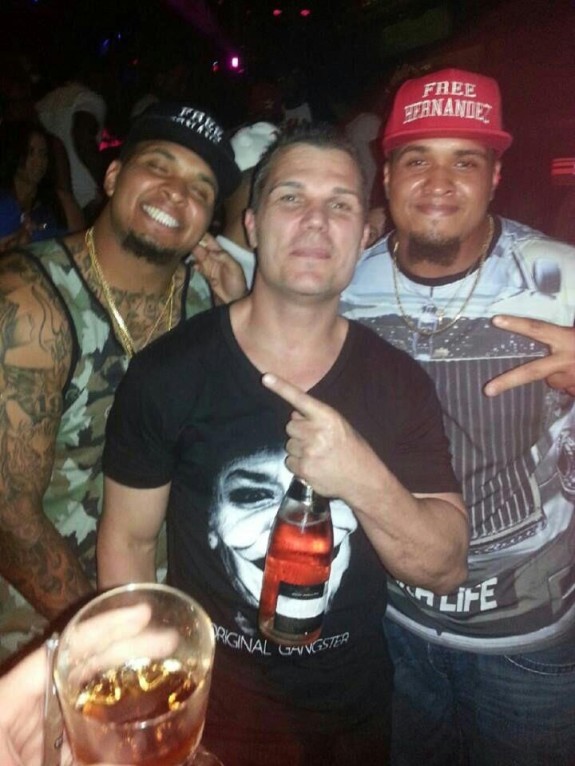 Less than two weeks ago, I wrote a column about the ‘relationship’ between Steelers center Maurkice Pouncey and now jailed former Patriots TE Aaron Hernandez, as the two reportedly were hanging during a nightclub in 2007 when a fight broke out.

A lot of people took shots at the piece, stating how an incident six years ago should not blur how Steeler fans look at Pouncey today.

On the heels of that, we have this picture from a Tweet that surfaced from Pouncey and his brother Mike, who is with the Dolphins, partying it up last night at a club last night.

Now again, you can hold judgement for yourself, but are you happy that a member of the Black and Gold is sporting a hat that says “Free Hernandez.”

Have at it Steeler Nation – I am anxious to hear your thoughts on this one.

Should The NFL Start To Censor Players On Twitter Following Victor Cruz’s Comments?
What Fans Are Saying About Pouncey And The “Free Hernandez” Hat