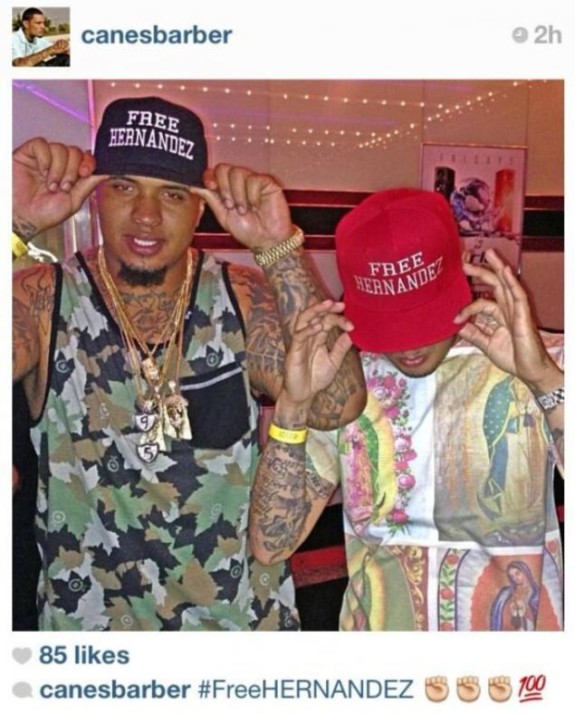 Steelers center Maurkice Pouncey put out a tweet on Monday, apologizing after pictures showed up online Monday with his and twin brother Mike Pouncey of the Dolphins, wearing a hat that said “Free Hernandez” – showing support of murder suspect Aaron Hernandez, their one-time college teammate at Florida.

I fully recognize the seriousness of the situation involving my former teammate, and I regret that my (cont) http://t.co/SuA4mDABiY

Here’s the entire quote – “I fully recognize the seriousness of the situation involving my former teammate, and I regret that my actions appear to make light of that serious situation. I apologize to anyone who was offended by my actions.”

The former Patriots TE Hernandez has been charged with first-degree murder in the death of Odin Lloyd last month.

Steelers Rank 14 In NFL Teams On Forbes List Of “Top 50 World’s Most Valuable Sports Teams”
How Accountable Is Mike Tomlin For The Steelers Recent Failures?