What Are The Odds Any Of The Steelers Up For An Extension Gets One? 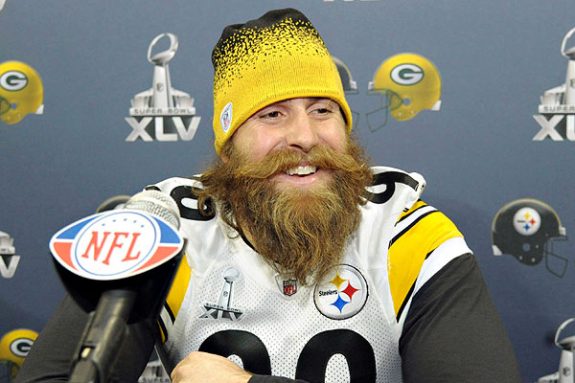 While the Steelers look to get back to the postseason in 2013, there’s plenty of players that will be thinking about their future for not only this season but beyond.

There’s a number of players that could get extensions that will be up for them in 2014 according to Ed Bouchette of the Post-Gazette, but if any do will be another question.

Last season the team wanted to try and get Mike Wallace under a deal, but couldn’t come to terms, and winded up giving his money to Antonio Brown.

Will one of these key vets get a deal before the end of camp? Good question.

As Bouchette points out – here’s the key players that could get a deal or the team could let go free agency.

Let’s take a look at each, along with a percentage on if a deal with the player percentage wise will get done.

Emmanuel Sanders – Bouchette is right on that this is the player the team wants, and frankly needs the most. With losing Wallace and trying out a rookie in Marcus Wheaton that will take time to get started in the NFL, Sanders is a player that needs to be a part of this teams future. He won’t like that he won’t get paid as much as Brown, but he should get a solid deal. Percentage of getting a deal done: %60 percent

Ziggy Hood – He’s been a starter the last two seasons and a former first-round pick, but let’s be honest, he’s not been a superstar on a defense that really could use him to step up and be an impact player this next season. He’s got the talent, no question, but will he finally reach that potential? Or will he have another so-so year and the Steelers let him test the market? It’s up to him. Percentage of getting a deal done: %35 percent

Jason Worilds – He enters camp today as a starter, but he’s got the teams first round draft pick of the team, Jarvis Jones, waiting in the wings. Jones is another player with talent, but has to step up and show it by holding off Jones and taking over James Harrison’s spot opposite of LaMarr Woodley. Worilds looks the part of a big-time player, now again it’s on him. Percentage of getting a deal done: %20 percent

Ryan Clark – Not going to happen. At least not in camp this season, as Clark is getting older, and the team can continue to start to train his eventual replacement in the defensive backfield. If there’s one thing this team does right, it’s not overpay for ‘older’ talent, and that’s the spot that Clark falls in going into this season. Percentage of getting a deal done: %0 percent

Jonathan Dwyer – Bouchette said he might have an issue even making the team if he doesn’t have a huge camp, so it’s a no-brainer that he is not going to get a new deal anytime soon. Dwyer can do himself a great favor by having a great camp to make it next to impossible for the Steelers to release him in five weeks. Percentage of getting a deal done: %0 percent

Isaac Redman – His agent in the Post-Gazette says today that Redman wants to stay with the team, and looks like the back means it with the fact he’s taken on a new training system and has lost some weight to be faster. Likely to wind up as the number two behind Le’Veon Bell, Redman is in an interesting spot. He clearly isn’t on tap to be a starter in the league anytime soon, but if he’s willing to take less to stay with the Steelers, they should look to keep him. Percentage of getting a deal done: %30 percent

Brett Keisel – Maybe now the emotional leader of the defense, Keisel will have a tough time stepping up enough at age 35 to do enough to make it worth giving him a new deal. If he’s going to come back at 36, it’ll be a one or at most two-year deal – but it won’t be a long term deal this camp coming his way, much like Clark. Percentage of getting a deal done: %0 percent

Redman Seems Destined For A Roster Spot, Will He Impact The Run Game In 2013?
Steelers Coach Mike Tomlin Joins Twitter