Will Jarvis Jones Be Continue The Legacy Of Great Steelers Linebackers? 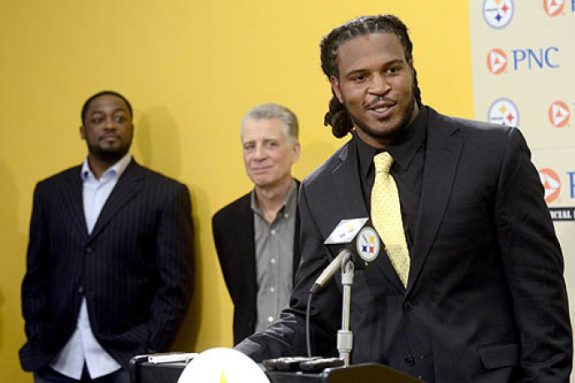 The Steelers didn’t spend a first-round pick on linebacker Jarvis Jones so he could just sit.

While it’s not a fact that he’s going to start from day one, he will be a starter at some point, and many around the NFL are starting to take notice.

That includes Don Banks of Sports Illustrated, who today has a feature on Jones, and how he might just be the “next great Steelers LB.”

Here’s a portion of the piece:

So it’s quite the position to be in as an NFL rookie, if your name is Jarvis Jones, and you’re the highest drafted outside linebacker in Steelers team history (No. 17 overall). No pressure there, kid, just go out there and earn your place in the pantheon. And right away would be nice.

“Oh, yeah, outside linebacker is huge here,” said seventh-year veteran Steelers inside linebacker Lawrence Timmons, between practices at Pittsburgh’s training camp at scenic St. Vincent College. “You can make a name for yourself for a long time if you can get it done. And he [Jones] has a chance.”