UPDATE: TE Spaeth Out 8-10 Weeks; To Have Lisfranc Surgery 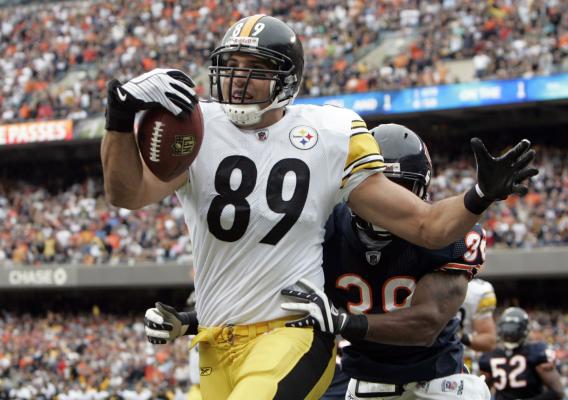 The Steelers were hopeful that Matt Spaeth could hold the fort and be a part of the tight end rotation until Heath Miller was able to return for the Steelers.

Now that hope appears over, at least for the next few months.

Reports from Latrobe today state that Spaeth, who was brought back this offseason from the Bears, is going to miss the next 8-10 weeks with an injury to his foot.

Dejan Kovacevic, columnist for the Tribune Review, says that Spaeth is going to have lisfranc surgery.

The injury to Spaeth took place at practice on Wednesday, and he was carted off the field. He had ice on his foot while watching on the sidelines that day.

Last season Spaeth saw action in all 16 Bears regular season games, and was added to the Steelers this offseason with the hopes of depth once Miller returned.

The 29-year-old played his first four seasons with the Steelers before going to Chicago for the last two.

With Miller still on the PUP list, the starter at TE will be 7th round pick David Paulson, and behind him will be backups Jamie McCoy, Peter Tuitupou and the just added Michael Palmer off waivers from Seattle.