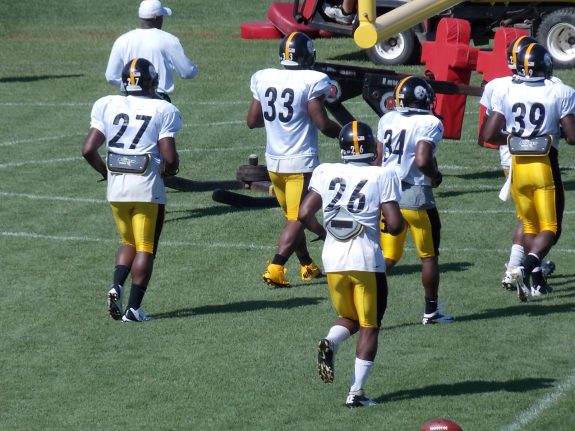 Four carries and a cloud of dust. That was about the night for Steelers rookie RB Le’Veon Bell.

It was supposed to be the big debut for Bell, who is expected to be the starter, or at least co-starter, with Isaac Redmen, on opening day vs the Titans.

Bell though, never really got going, as he carried the ball on the first four plays, going for 9 yards on four plays, and then left the game with a right foot injury.

He already missed last weeks game with a sore knee, and now against the Redskins he left the game with a bum foot.

Not a good start for the guy expected to carry the load for the black and gold in 2013.