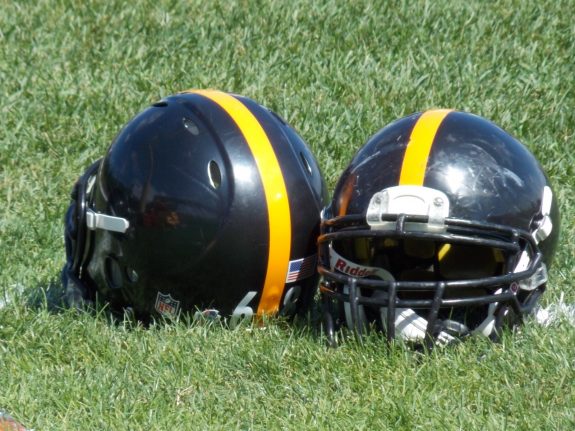 In many ways, week 1 of the NFL preseason was a complete disaster for the Pittsburgh Steelers. Besides the excitement of football season finally upon us, fans had little to cheer about as the Steelers showed little improvement from last season.

The worst part about the first preseason matchup of the year is that the Steelers and their fans had to endure a long week of criticism and skepticism regarding the teams potential for the upcoming regular season. Well Steeler Nation, I have good news! The Steelers will finally have their shot at redemption Monday night against another tough preseason matchup with the Washington Redskins.

Monday nights game on primetime national television will be a perfect chance for the Steelers to make a statement to not only the Washington Redskins, but to the entire league and all their critics.

Coming into this season many fans and media personnel were doubting the ability of the Steelers to replace many keys players lost during the offseason and understandably so. With recent injuries, the lack of depth is really starting to show.

Against the Tennessee Titans last week, the Redskins gave up several big running plays to both Chris Johnson and Shonn Greene respectively. Although the Titans offensive line may have an edge on the Steelers, there is no reason why the Steelers should not have success running the ball Monday night.

With Le’Veon Bell returning to practice this week, it appears that he will go at least for a couple series. If he does in fact play, I look for him to make an impact on the game right away.

During the first series last week against the New York Giants, Ben Roethlisberger was pressured several times and sacked once. Similarly, the Redskins brought the pressure and recorded two sacks of their own on the first couple drives against the Titans. It would not surprise me to see the Redskins bring the heat early and often to test the Steelers offensive line.

If this is the case, fans will get a chance to see if the young linemen of the Steelers have learned from mistakes they made last week. Play action and an early run game will be keys to some sort of offensive rythm that can give confidence to an offensive unit seeking a new identity.

On the defensive side of the ball, first round draft pick Jarvis Jones will continue to see adequate playing time and will be tested against a very effective Redskins offense. In the absence of Robert Griffin III, the Washington Redskins continue to move the ball behind a tough run game and a great backup quarterback in Kirk Cousins.

Although he is no RGIII, Kirk Cousins has the ability to move outside the pocket and make big plays. The Steelers defensive unit will surely be tested in the first half. Rex Grossman will replace Cousins at some point during the game and that is when the Steelers 2nd and 3rd string defensive players will need to attack. Against the Titans, Grossman looked very uncomfortable under pressure.

As I had mentioned in my post game report card last week, there will be mistakes made all throughout the preseason. The key is to minimize the mistakes and play hard, disciplined football. Special Teams miscues and too many penalties can handicap a teams ability to execute an effective game plan and can ultimately determine the outcome of the game.

Mike Tomlin had addressed the Special Teams and penalty issues on Friday stating, “We need to play smarter football”. As we all know, talk is cheap, and actions speak louder than words. On Monday night, it will be time for the Steelers to put Tomlins words into actions. Actions that will make a statement to the rest of the league that the Steelers will once again be a top team in the AFC.