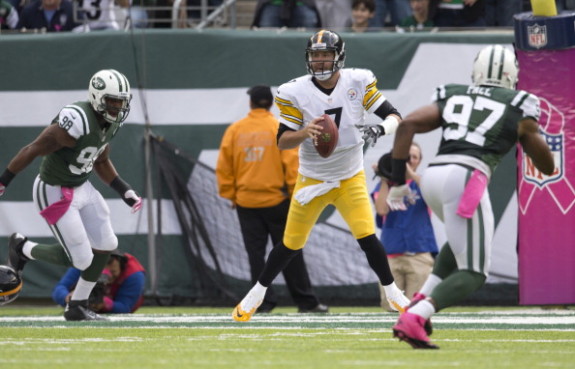 It may have taken four games into 2013, but finally the Steelers put it all together Sunday, topping the Jets 19-6 at MetLife Stadium in New Jersey.

The win puts the Steelers at 1-4 on the season, but more importantly stops the bleeding for a team that needed a win in the worst way.

The Steelers led 9-6 at the half, but came out with the biggest play of the game in the third quarter, a long 55-yard TD pass from Ben Roethlisberger to Emmanuel Sanders to make it 16-6.

The defense did an excellent job holding down Geno Smith and a Jets offense that was very good against the Falcons on Monday night at the Georgia Dome.

Now with a win under their belt, the Steelers will get set for their first game vs the Ravens next Sunday in Pittsburgh at 4:25pm.