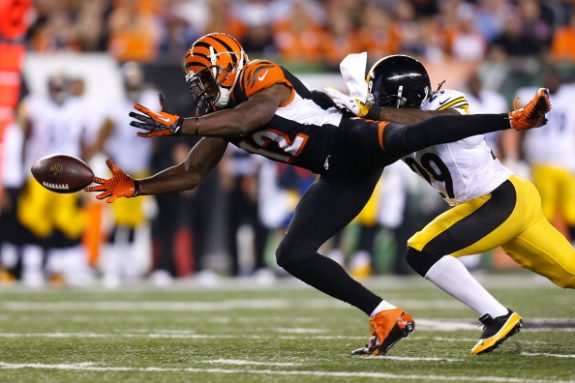 Hey have we suddenly forgotten that the Steelers really haven’t drafted well these past couple of seasons?

Don’t get me wrong, Kevin Colbert and the rest of the front office have drafted some great players in recent years, perennial Pro Bowlers like Troy Polamulu, Lamarr Woodley and two time Super Bowl champion Ben Roethlisberger who have all been key cogs for this franchise. But lately they have just been flat out missing on some of these guys.

Let’s start with the offensive line. Every year we are always complaining about the Steelers offensive line and I understand injuries happen, but we really haven’t been drafting productive lineman.

We will give David Decastro a break since he was injured last year; still we really haven’t seen much good play from him this season. Two second round pick tackles Marcus Gilbert and Mike Adams have been no-shows, their production this year has been lackluster and can’t seem to protect Ben.

The only exception is Pro Bowler Marckuice Pouncey, who is currently on IR with a torn ACL. How are we supposed to throw out a solid offensive line every Sunday when we have potential busts playing for us?

Let’s look at the defensive side of the ball. From 2008 to present day, the Steelers top draft choices on defense have been Ziggy Hood, Cameron Haywerd, and Jason Worilds.

These are all guys picked in the first two rounds of the draft. Two years prior we got Lawrence Timmons and LaMarr Woodley in the same draft. You see the difference here? The fact is, these guys aren’t producing at the level we all expected them to play at. For some of them it is a make or break year, like Ziggy Hood, who has been with the team since 2009.

All teams go through a stretch of not drafting well and I really think the Steelers are in that phase. If you don’t draft well how are you going to put sufficient talent on the field to produce and win for you on Sundays.

With that being said, this draft class looks promising.  We have seen some flashes from our top picks Jarvis Jones and Le’veon Bell.

Shamarko Thomas looks like he can be a play maker for us in the future, but he first needs to catch a grasp of Dick Lebeau complex defense.

Steelers obviously lack talent on all sides of the ball and you can see that when they play. The core of your team comes from drafting players who can be cornerstones and for your organization, and the Steelers have flat out missed in the past couple drafts and that is a fact.