Even Though It’s One Win – Is It Truly A Turnaround? 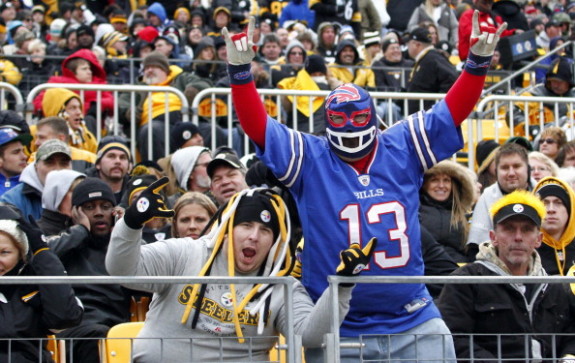 The atmosphere at Heinz Field Sunday seemed a lot more like an early August preseason game than the 10th game of the regular season.

The fans stayed away, deciding that a chilly, overcast day was enough to decide to stay away instead of coming to root on the 2-6 Steelers.

Eight games into the 2013 season – can you blame them?

Fans have spent (it seems like) week after week blasting the organization for the way things have gone – from the perceived lack of talent, to the play-calling by a certain hated offensive coordinator, to the attitude of a head coach who just doesn’t seem to have the answers this season.

Instead, at least for one day, the Steelers played well enough against a bad Buffalo Bills team with a rookie QB coming off injury to take home a 13-point win.

The game featured what Steelers fans have been calling for all along – a running attack that Todd Haley went back to over and over and finally delivered for an average of 4.1

A defense that after allowing Buffalo to kick a field goal on its first possession, pounded the Bills, forcing them to punt or creating a turnover on the next 10 possessions.

It was the kind of play that fans have wanted, and now at 3-6, is there enough time for the team to actually turn this season around?

The schedule is very favorable for the team for the last 7 games, with a home game with the Lions, a road game in Baltimore (who they actually already beat) being the only two games that look possibly scary.

The Browns twice, (sure they are 4-5, but let’s remember, they are the Browns), the Bengals at home (still not afraid of them), the Dolphins at home and the Pack on the road (with no Aaron Rodgers, seriously) as the other games on the slate.

Now do I think this team is going to go 10-6 and find a way to make the postseason.

But momentum is a very strange thing, and if this defense can duplicate games like yesterday, and like those against the Jets and Ravens, the team sure does have a better look to it.

The offense, I still think it’s really a work in progress, but yesterday was a much better effort than the one that we’ve been seeing.

They overcame their slow start to score 23 points, a LOT more than would be needed if the defense can play like it did Sunday.

I have a feeling there’s going to be a lot more fans there on Sunday vs the Lions, a better overall team and if the Steelers can win suddenly in the weak AFC at 4-6 they look at LOT better than 2-6 or say 2-8.

It’s not going to be easy, but the sentiment last night by some of the players on twitter was simply this – one at a time.

Sunday was one – let’s see Sunday if they can get number two and make this ‘turnaround’ of a season come true.