Tomlin Talks On The Loss To Miami: “Not Enough Playmaking For Us” 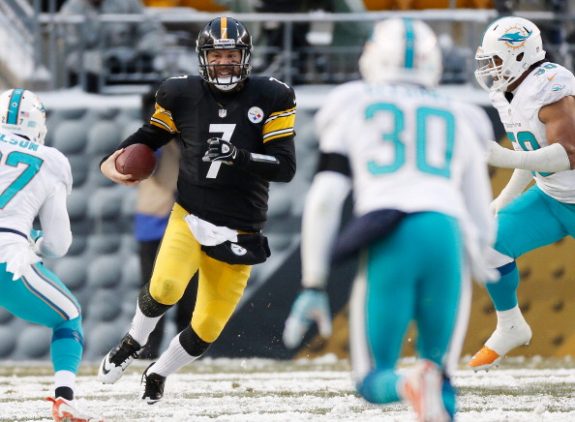 Head Coach Mike Tomlin: Not enough playmaking for us in any of the three phases to secure victory. Obviously, there was enough playmaking by them. I want to congratulate them on their efforts. I thought we could have tackled better. That contributed to some of the splash plays, the big run late. Obviously, we didn’t do enough in that area. We dropped a couple balls, those types of things. But just in general, enough playmaking by them in a close football game. Not enough by us, whether it’s at the end of the game or whether if you look at it throughout. We accept responsibility for that. No major injuries. Just minor bumps and bruises associated with playing.

You had some big penalties, especially when you were trying to kill the clock late. Was there miscommunication there with Ramon Foster going down field?
It didn’t look like he was too far down field. Obviously, I’ve got to respect the call made by the officials, but I’ll review the tape before I pass judgment on the quality of that call. Obviously, we run a bunch of those plays and have, not only in recent weeks but over the course of the season. That hadn’t been an issue for us, but I’ll respect his call.

Re: Decision to go for it on fourth-and-10:
Obviously, if we were successful then we could continue on. We hadn’t done a great job of stopping him in the second half, so we weren’t ensured of getting the ball back. If you punt there, they have an opportunity to convert third downs and kill the clock and the game. I thought if we went for it we had an opportunity to continue on. If we didn’t, then whatever was going to happen was going to happen quickly, and we had an opportunity to have the ball at the end, which is what we did.

Re: Decision to use the timeout on that play when the clock was already stopped:
Which one?

Le’Veon Bell was running the ball well in the first half. Why did his production decrease in the second half?
They did a nice job. It was the flow of the game or what have you. I’m not going to make an excuse for a lack of productivity in that area. It was what it was.

Re: Emotions after a loss when you had the lead late and what it does for the season now:
I really hadn’t taken the time, obviously, to process it. We understood what was at stake in terms of us and this football game, specifically. We’ll take responsibility for whatever transpires. We understand the gravity of these moments.

Was Troy Polamalu told to run that missed field goal back or did he do that on his own?
Absolutely.

He was told?
Absolutely. I waived him back there.

What was Miami doing schematically running the ball because they seemed to be running it pretty well?
Like I said earlier, I don’t know if was schematics. Particularly on the big play late, I just thought we didn’t do a good job of tackling. I thought we could’ve done a better job in that area. But you’ve got to give them credit. They blocked hard and they ran hard.

Emotionally, did you let yourself think you guys had the game won?
No. I saw his motion before [Brown] even went into the end zone. That’s just regular mechanics. You watch the officials that are watching the sideline, particularly in moments like that. He was very definitive and very clear about what he saw over there, so there was no emotional roller coaster ride of any kind whatsoever.

Another Late Letdown Sends Steelers To 34-28 Loss To Miami
Video: Heyward And Roethlisberger On The Loss To The Dolphins