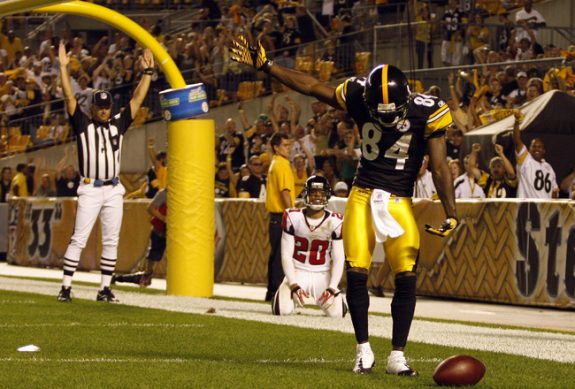 It’s been another amazing season for WR Antonio Brown, and today he cashed in as he was named Steelers MVP for the second time in his career.

Brown came into 2013 with a lot on his shoulders, as following the departure of Mike Wallace this offseason, and from day one delivered with a remarkable season.

He became the first WR in team history to put up 1,400 yards in a single season. He has 101 catches, just 11 behind Hines Ward’s single-season reception record of 112.

Ben Roethlisberger probably is the only player on the team that could have an argument for the award, as he has put up an excellent season after a slow start that took place as the team struggled to an 0-4 start.