Bell And Taylor Take Home Awards For The Steelers 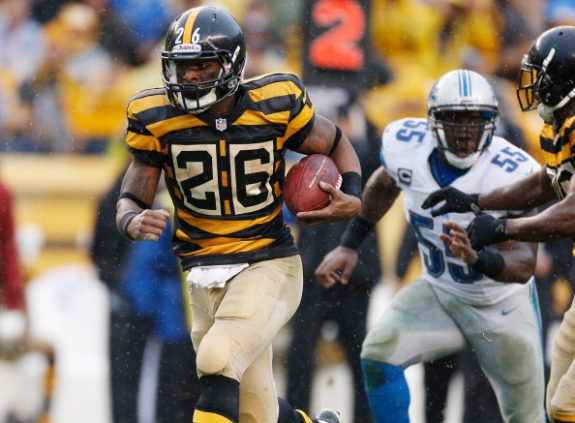 Christmas Eve afternoon the Steelers handed out a couple of awards, as the team announced that running back Le’Veon Bell was named the Joe Green Rookie of the Year, and CB Ike Taylor was named “The Chief Award” winner, which is given to the player who is most helpful to the media.

Both awards were selected by members of the Pittsburgh chapter of the Pro Football Writers Association.

It’s a special award for Taylor, who says that despite being in his 11th season, he wants to keep playing, and wants it to be with the Steelers.

There’s talk that the team will need him to take a sizable pay cut if he is to come back to the Steel City next year.

As for Bell, he had his first 100+ yard rushing game in the wild 38-31 win over the Packers Sunday in Green Bay.

The rookie back needs 73 total yards Sunday against the Browns to break Franco Harris’ record for most yards from scrimmage for a Steelers rookie (1,235).