If LeBeau Is Coming Back, Why Hasn’t It Been Declared Already? 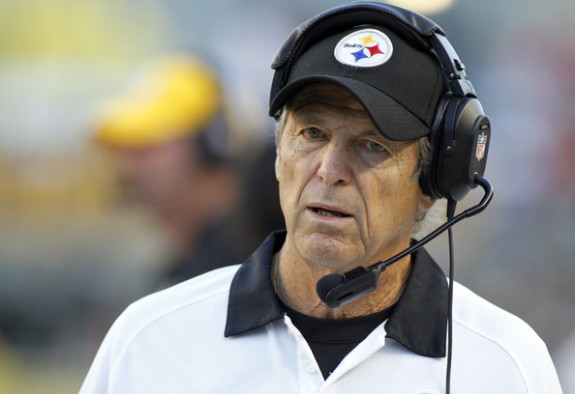 It’s all but a done deal that Todd Haley will be back at the helm of offensive coordinator in 2014, but there’s still questions about if Dick LeBeau will be back yet another year to coach the defense.

The 76-year old doesn’t appear to be ready to sit in a rocking chair, and safety Ryan Clark, who has been with LeBeau a long time, told Scott Brown of ESPN.com that he can still thinks LeBeau can run the Steelers D and do it well.

“He’s still sharp, he’s able to make the calls and create the defense we need each and every week,” Clark said. “So when you have him like that, when you have the experience that he’s had, why would you kick him out of football? Why would you not want him in the building? So I think if he wants to come back, he will.”

So while the search continues for a new offensive line coach for the black and gold, when will the organization give their blessing for a return for LeBeau?

And why haven’t they done it already?