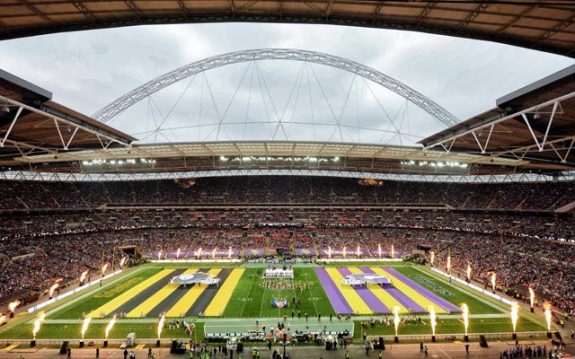 Last season the Steelers made the overseas trip to London to play the Vikings, a game that saw the Steelers lose to put them at a stunning 0-4 for the season.

In 2014, the NFL is once again pushing games in London, as the league continues its love affair with sending teams overseas to play in front of a fan base that rarely gets to see a live game.

The three games that will be played in 2014 in London include:

“Our fans in the UK continue to demonstrate their passion for more football,” NFL commissioner Roger Goodell said. “Next year for the first time we will play three regular-season games in London. We have scheduled three attractive games with four teams playing in their first International Series game. The growing enthusiasm for the NFL internationally is exciting and we look forward to continuing to respond to this interest in our game.”

There are a number of reasons to want to go see the NFL in London, including a number of great hotels to stay at.

The question now is simply this – is the NFL looking to try and eventually get a team to play in London full time?

The Jaguars, a team that rarely sells out unless they are hosting a great traveling team like the Steelers, seem the obvious choice, and it will be interesting to see how their game against the Cowboys is perceived by the fans there.

As more games get played in London, the more and more chatter takes place about a team playing there full time.

Bottom line, like it or not, it will eventually happen.

The question is – when?

Video: Bill Cowher Talks In Interview About Why The Steelers Are Successful
Bettis Awaits Word On If He Gets The Call For The Hall Of Fame