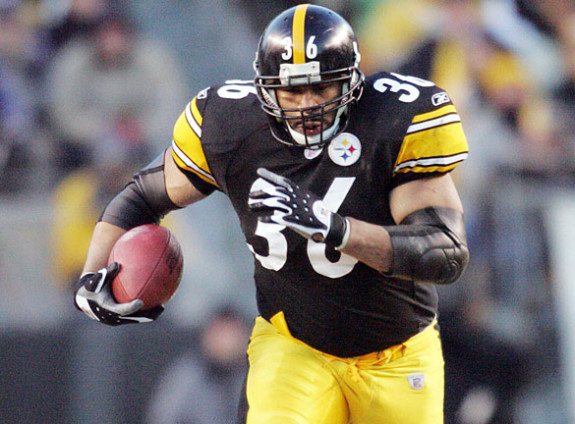 Steelers running back Jerome Bettis stood on a stage eight years ago and while holding up the Lombardi Trophy proclaimed that ‘The Bus’ was making his final stop in his hometown of Detroit.

Now he hopes for one more last ride to the steps of the Hall of Fame in Canton, Ohio.

Bettis is one 17 finalists that is up for the honor of having a bust in the place where the greatest football players of all-time reside.

The Pro Football Hall of Fame Class of 2014 will be announced Saturday during the “NFL Honors” telecast at 8 p.m. tonight on Fox.

‘The Bus’ ended his career as the 4th all-time leading rusher in NFL history, and many felt there was no way that he wouldn’t wins up in Canton someday.