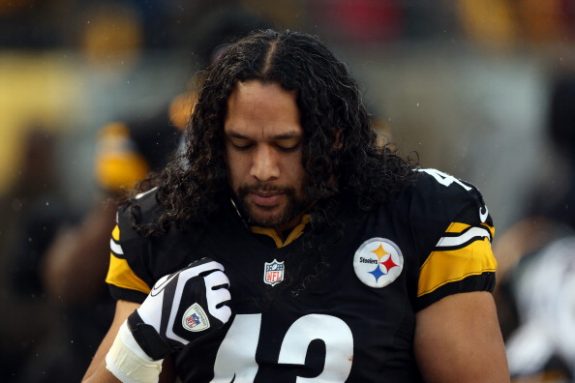 While you likely will have to throw those LaMarr Woodley jerseys on the clearance rack, the same can’t be said for Troy Polamalu.

Today the Steelers and Polamalu agreed on a two-year contract extension that will also give the black and gold some additional cap space.

No financial terms have yet been announced but it is a safe bet that Polammalu’s projected cap number has been spread out over the next two seasons.

Polamalu was previously scheduled to earn an $8.25 million base salary in 2014 and count over $10.8 million against the cap.

The veteran safety and star of shampoo commercials started all 16 games for the Steelers this past season.

A great move to keep #43 with the Steelers likely for life.