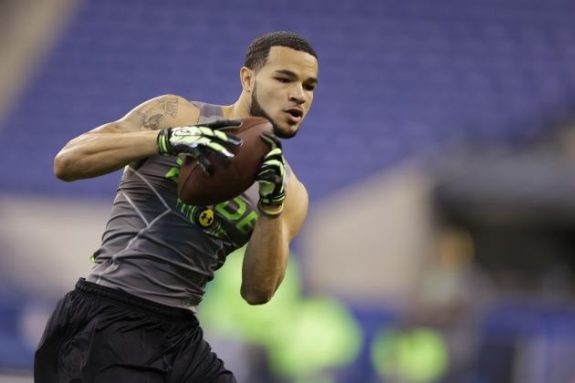 While visits from a defensive tackle and cornerback aren’t surprising considering the Steelers have actively been seeking depth and young blood on that side of the ball, another visit from a tight end has some wondering if earlier visit from Eric Ebron indicates that the Steelers are interested in tight ends as well.  Heath Miller and Matt Spaeth are currently the Steelers’ only real options at the position, despite the current roster.  Tight end may well be a selection for the Steelers in the middle of their draft board.

During Minnesota’s Pro Days: “The star attraction was Ra’shede Hageman, the No. 26 overall prospect and No. 4 defensive tackle in this year’s class (according to NFLDraftScout.com).” – The Sports XChange

Predicted to go in the seventh round by NFLDraftScout.com,  Rob Blanchflower is coming off of a hernia repair.  The 6 foot 4 inch, 256 pound tight end earned the nickname “Gronkflower” from UMass fans, an homage to Rob Gronkowski, NFL tight end.