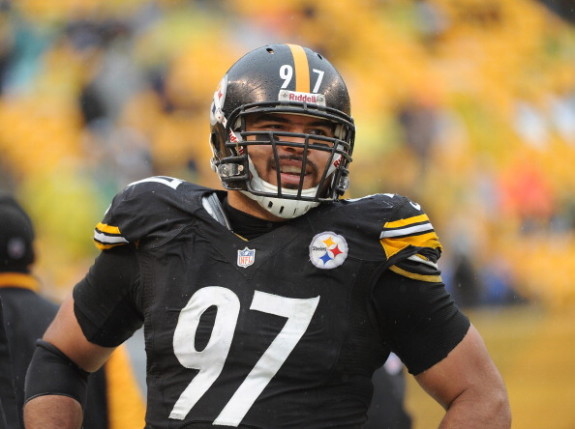 The Steelers locked up defensive end Cam Heyward through the 2015 season by picking up his fifth-year option, Alan Robinson of the Pittsburgh Tribune Review reports.

A provision of the NFL labor agreement that went into effect in 2011 allows teams to exercise a fifth-year option on first-round draft picks starting with the 2011 season, when Heyward was chosen.

For players selected from 11th to 32nd in the first round, as Heyward was, the option-year salary is determined from the average of the top 25 players at the same position, but with the top three salaries eliminated. In Heyward’s case, that would be an estimated $7.5 million to $8 million, but that won’t be determined until all such salaries are settled for the 2014 season.

The Steelers had until May 3 to decide whether to pick up Heyward’s fifth-year option, but did so on Tuesday, the first day that offseason workouts began.

Pittsburgh Steelers host Hageman, Blanchflower and Gaines
The Boys Are Back In Town