Sean Spence: Coming Back Greater Than Before 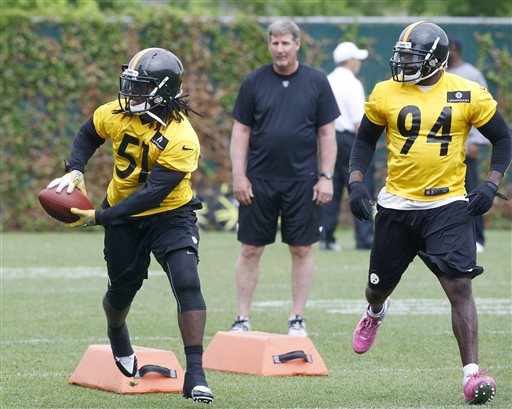 Pittsburgh Steelers linebacker Sean Spence has missed the last two seasons due to a serious knee injury. Spence was looking very impressive in mini camp this year and has training camp to look forward to. With much to gain, the sky is the limit for Spence.

When Spence was drafted in the 3rd round of the 2012 NFL Draft, he was projected as a three-down, sideline-to-sideline linebacker. Spence was having a great rookie training camp and preseason before he suffered a ACL, PCL and dislocated kneecap injury. Spence’s greatest asset is his speed. With the defense adding faster players in 2014, Spence fits right in.

After two seasons removed from his knee injury, Spence is showing no signs of pain or rust. In mini camp this year, Spence and the defense was at their own five yard line.  Spence intercepted quarterback Landry Jones’ pass and returned it for a touchdown.  Showing the elite speed and coverage skills the Steelers craved when they drafted him makes his return to play training camp that much more entertaining.

At 6’0″, 230 pounds, Spence is not the biggest linebackers. But, his instincts make up for his size.  Spence’s speed will also make him a threat as a pass-rusher, something the Steelers lacked last season. His ability to do multiple things will lead to more turnovers for the defense this year.

Spence’s competition this year is very strong.  With guys like Ryan Shazier and Vince Williams, Spence must continue to improve. The starting experience Williams has gives him an advantage over Spence. Also, Shazier was drafted in the first round of the 2014 NFL Draft and has caught the eye of defensive coaches as they prepare him to move into a regular role. The Steelers are very impressed with Shazier and they have have big plans for him. But, as of now, Spence is turning heads with his teammates and coaches. Spence has started out strong. He will use that momentum to carry him into training camp.