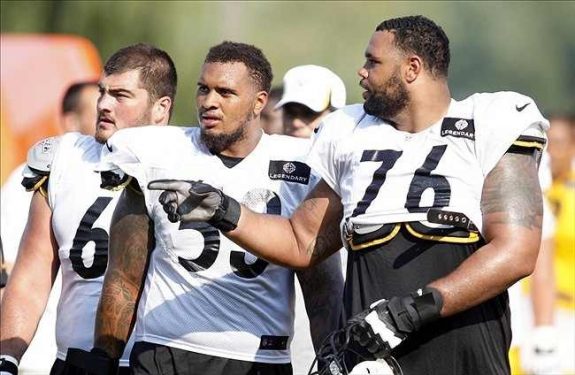 One thing the Pittsburgh Steelers had difficulty with during the 2013 NFL Season was getting their offense into sync at the beginning of games, forcing them to play catchup in order to win games.  It wasn’t until offensive coordinator Todd Haley began opening up the offense with more no-huddle and letting quarterback Ben Roethlisberger be more of a field general, calling plays and reading defenses to select ones that would get the receivers open and Le’Veon Bell involved in a more-effective running game.  For the Steelers to be successful, the offense will need to use training camp to utilize an offense that can carry them into the preseason and regular season and get the team off to a faster start against their 2014 opponents.

In 16 opening drives in 2013, the Steelers were only able to score ten points overall.  During that same time period, Pittsburgh managed a single touchdown.  They opened the preseason with four losses and carried the inability to get on the scoreboard early into the mid-season.  One of the biggest issues was ball-control.  Turnovers kill offensive drives, and the Steelers were guilty of 11 in their first four games, translating into the losses.

Comparing their early struggles to the second half of the regular season, the Steelers only turned the ball over seven times, still something that needs to be addressed, but better ball-control helped them win six of their final eight games.

When Haley turned more control over to Roethlisberger, the team found a rhythm.  The offense averaged just under 28 points per game in the last half of their season.  “We just had to put an emphasis on protecting the football at all costs because when you turn the ball over in this league you really hurt your chances of winning games,” said Haley.  As for the final eight games?  Haley said, “I think the guys just took it to heart and focused on protecting the football.”  Garnering the faith that was needed and creating a better relationship with his coordinator, Roethlisberger put his own in Fernando Velasco and Cody Wallace to get him the ball due to the injury to Pro Bowl center Maurkice Pouncey.  Bell ramped up the running game and it opened up the passing game, even against teams that had stout defenses.

“I think a lot of the guys that were here [in 2013] and are still here…know what we have to accomplish,” admitted Haley.  “We are all interested in building off of that [2013] finish.”

The Steelers first step to starting faster was to re-establish the running game by bringing in offseason addition LeGarrette Blount in free agency and drafting Dri Archer.  “We have to run the football better, which we started to do in the second half of the season,” said Haley.

Getting a healthy offensive line back in training camp and working on an offense that gets off to a quicker start with the aid of line coach Mike Munchak will be key to getting the running game to the next level in 2014.  That line was able to protect Roethlisberger and allow him to have time to extend plays that would have resulted in a loss of downs earlier in the season.  Bringing in a young, fresh offensive line to Latrobe that has respect for all that Munchak has given them during minicamp should produce the results the Steelers are looking for.

“When you can throw it as well as we did with the run game not exactly where we wanted it (in the first half of 2013) that tells you that you have a chance to be good,” added Haley.  “When you are running the football it makes throwing it a heck of a lot easier.  Running is a big part of what we have to do here going forward successfully.”

Establishing the run early to open the passing game

The plan seems simple, but it will take a unified effort among every player on the Steelers roster to make it happen in 2014.  Latrobe will be the starting line.  Only the play of the Steelers in 2014 can determine the finish line.

Steelers teams that got hot early in games and saw success

2004 – The “heartbreak season” that ended with a loss in the Conference championships to the New England Patriots was highlighted by a streak of one win and one loss before taking off under Roethlisberger (as a rookie) to have a 15-1 win/loss record.  The Steelers won every game at Heinz Field except for the playoff loss in 2004.  The Steelers matched or out-scored their opponents in the first quarter of every regular season game but two.

While these two seasons are only a small selection, statistically they point out that teams that get ahead and stay ahead typically manage successful seasons.  It isn’t a revelation.  It’s a fact that to consistently win, teams must engage their offenses and keep them in full gear for a full 60 minutes.

Off-season wrap-up means time to work just got started for Steelers
Antonio Brown: The climb up the ladder of elites