The Young Cornerstones Are The Future Of the Steelers Defense 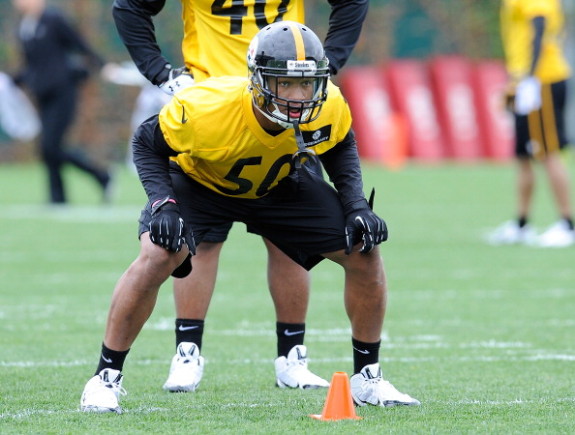 Today ESPN ran an interesting piece on the future of the Steelers defense, and it’s a defense that this offseason not only added a lot of youth, but added speed as well.

With first-round pick Ryan Shazier and second-round pick defensive end Stephon Tuitt coming aboard, and the pickup of safety Mike Mitchell, the team was aggressive in adding players that can and they expect will make impacts right away.

This is not to say that the current players on the roster should be put out to pasture, but the face the team didn’t bring back Ryan Clark, Brett Keisel or make a move to sign free agent James Harrison, shows that youth is the name of the game.

They need to have big seasons from the two OLB’s that they hope will put pressure on the quarterbacks each week. Jarvis Jones has had a season of learning on the job, and he should be better and should show why he was a first-round pick last season.

As for the other outside LB, Jason Worilds was the best player on the field some Sundays for the Steelers last year, and they expect them to be that type of player again. His ability to wrap up ball carriers as well as use speed seemed to come out of nowhere from what he showed previous with the team.

In the defensive backfield, look for safety Shamarko Thomas to keep learning from future Hall of Famer Troy Polamalu, and he should earn more and more playing time as the year goes. Polamalu played at a high level last season, and the team could use another big season in 2014 from him.

This could be the the swan song for defensive coordinator Dick LeBeau, and he will have his hands full with a young group that wants to relive some of the glory days of Steelers old come the opening of camp at the end of the month.

If this group plays as well as they appear to look on paper and at minicamp, this could be the year the defense take a monster leap forward into once again being of the NFL’s best.

Video: Fox Sports On Three Key Fantasy Players In The AFC North In 2014
Steelers sit at top of AFC North in ESPN poll for 2014