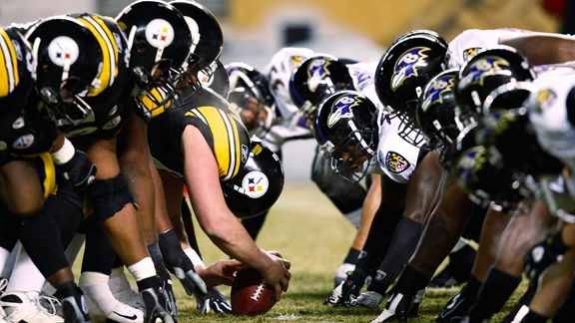 In 2013, the Pittsburgh Steelers were ranked in the middle of 32 NFL teams  in ESPN‘s Future Power Rankings poll by writers and NFL analysts that look at each team’s future seasons based on the teams’ rosters, starting quarterbacks, their draft picks, front office and coaching staff.  For 2014, the Steelers have advanced to a much more positive ranking; at the top of the AFC North and third in the American Football Conference.  Among 31 other teams, the Steelers earned a top-ten ranking of seventh.  While polls are given little credence by fans and teams, it is interesting how offseason moves and personnel additions have improved Pittsburgh’s overall rating.

Following a three-season future outlook by ESPN, the Steelers have improved by 14 points over their 2013 ranking.  The poll appears to indicate that things are looking up for Pittsburgh.  Even more important is that the Steelers are ranked ahead of AFC rivals Baltimore (Ravens) at 10th, the Cincinnati Bengals at 13th and the Cleveland Browns at 29th.  With Baltimore ranked at 10, the AFC North prediction is that Pittsburgh will be competing for the AFC North title, not with the Bengals who seemed to be on the rise in 2013, but the Ravens.

The Bengals had an 11-6 overall win-loss record in 2013, but struggled to break even at .500 in the AFC North, splitting games with Pittsburgh, Cleveland and Baltimore.  Their record was good enough to make it into the wild-card round of the playoffs where they lost to the San Diego Chargers, 27-10.

The Browns never did find an identity in 2013 and only won four-of-16 games.  In the Conference, Cleveland went 2-4.

The Steelers also went 8-8 in 2013, but were able to keep up with their Conference foes by splitting with Baltimore and Cincinnati while handing Cleveland two losses.

In what was an atypical season for the AFC North, only the Bengals were even close to an opportunity to enter the post-season after Pittsburgh came out flat and tried to make up for it with their final eight games.  Despite wins over Cincinnati, Cleveland and the Green Bay Packers, the loss to the Miami Dolphins (34-28) and Ravens (22-20) during that time period sucked the life out of a comeback.

The Steelers had one of the better offseasons in the AFC North and it could explain the increased ranking.  While polls are usually taken with a grain of salt, even the Steelers coaching staff and front office have said that the “arrow is pointing up.”  Training camp will be a good litmus test for how much the team has improved.