Wesley Johnson: Moving Around To Fit In With Steelers 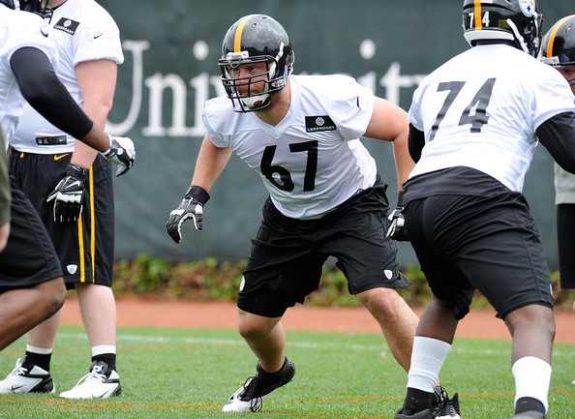 Wesley Johnson is a very intriguing prospect for the Pittsburgh Steelers. With the stats he displayed at Vanderbilt Johnson is someone who can shake up the depth chart this season. Training camp will give Johnson the chance to show his skills.

It’s a real head scratcher why Johnson was not drafted until the fifth round in the 2014 NFL Draft. In his last two seasons at Vanderbilt, Johnson only allowed two sacks. That is first-round numbers. When you consider the fact it was at the left tackle position it’s even more impressive. Also Vanderbilt was not a national powerhouse in football so the players around Johnson were not the most talented. Johnson was voted All-SEC by the coaches. The South Eastern Conference is rated as the most difficult conference in college football. So Johnson is among the elites. Being voted co-captain by his teammates shows his superb leadership skills. In Johnson’s senior season he played every snap. The fact that really stands out to head coach Mike Tomlin and offensive line coach Mike Munchak is his ability to play both tackle and guard positions. Anyone who has that much skill will be hard to keep on the bench.

Johnson at 6’5″, 297 pounds, is not the biggest player on the field. But at his size, he is clearly not the smallest. Johnson has shown the abilty to finish his blocks with 197 knockdown blocks. 172 of those blocks led to touchdowns and/or first downs for Vanderbilt. With his athleticism, which is evident by his ability to play multiple positions on the offensive line, his durability, intelligence and leadership, Johnson has all the tools to be an above average tackle or guard in the NFL. Tomlin will give him many chances to prove himself. How he blocks Cameron Heyward, Steve McClendon, Stephon Tuitt as well as Daniel McCullers in training camp will decide if he plays in the regular season or stands on the sideline. It will surprise very few if he performs like a first round tackle very soon.