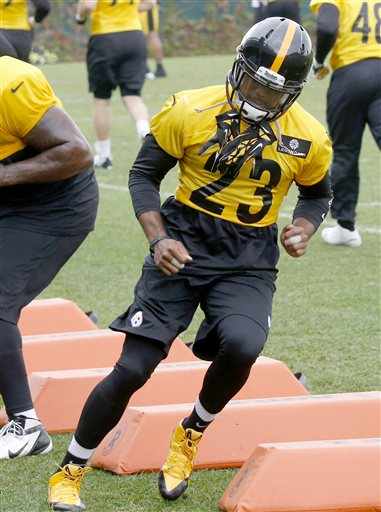 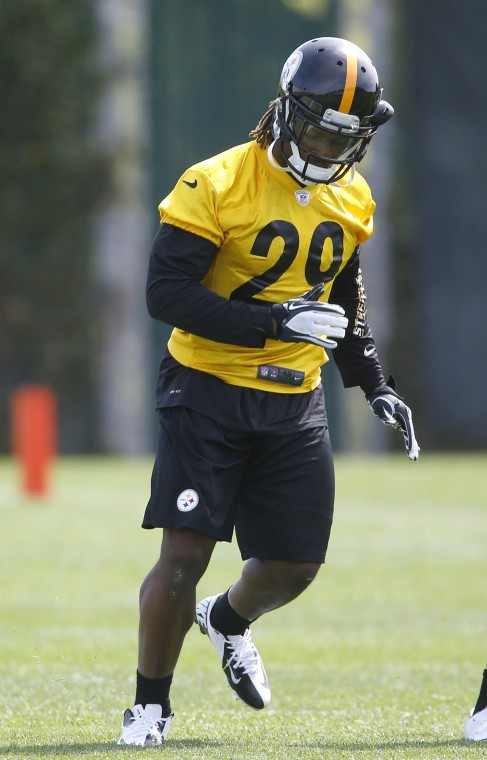 Free safety Mike Michell (in the image above to the left) will be missing the first week of the Pittsburgh Steelers’ 2014 training camp with a groin injury. Michell was expected, along with teammate Troy Polamalu, to be one of the top safety tandems in the league. For now, the backups have a chance to prove themselves more than they expected with the time they have.

Robert Golden, Shamarko Thomas (in the image above to the right) and Will Allen will all be given chances to show their skills early on in training camp. Thomas the third round pick out of Syracuse is the fan favorite. Thomas is known for laying the big hit. In his rookie season, Thomas showed his versatility by playing safety and nickel back as well. Thomas’ one negative is that he is only 5’9 which leads to problems against bigger and taller receivers. However, Thomas will be given the chance to show how he has improved his coverage skills from last season as he will be tested by many fast and bigger receivers in camp.

Golden has been with the team the last two seasons. Over those two seasons, Golden had mostly been a special teams guy. But Golden made the team because of his ability to hold his own on defense in the preseason. With Mitchell missing some time and much competition at safety, Golden must make plays that stand out. Whether it be special teams, showing the ability to cover inside receivers or covering the tight end down the middle  – Golden must turn heads with the limited chances he has.

Allen is the most experienced. Allen has shown in the past he can play both safety positions. Allen also has a great understanding about technique as much as skill as he is beginning to age. Two seasons ago when Polamalu missed several games due to injury, Allen stepped in and did an above- average job. The defense had no major drop off with Allen in the lineup. Although Allen is not flashy or as young as Thomas and Golden, Allen will be hard to beat out because of his experience and savvy.