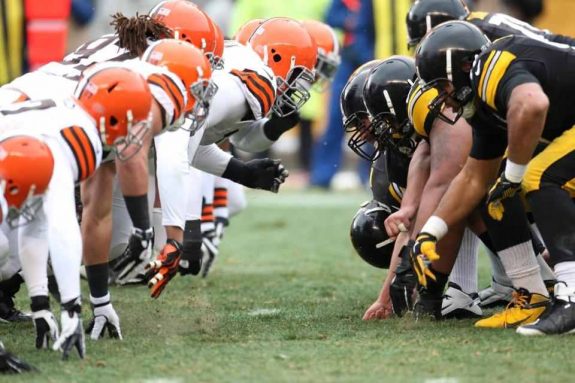 The only team in the National Football League’s AFC North Division to not make cuts ahead of the 4 p.m. deadline on Tuesday, August 26, 2014, was the Pittsburgh Steelers.  The Baltimore Ravens, Cleveland Browns and Cincinnati Bengals all cut at least two players, with Cleveland seeing the most leave the team early.

The following are the announced AFC North Rosters and players who left their respective teams and a preview of what the Steelers may do on Tuesday afternoon.

The fact that the Pittsburgh Steelers waited to make their cuts is most likely an indication that they wanted time after a day off of practice to go over final analysis of players at training camp, especially in key positions, and during their first three preseason games.  Their fourth and final preseason game is against the Carolina Panthers on Thursday.

It is definitely not easy to predict what the Steelers organization may ultimately decide.  The above-mentioned players were placed under the ‘anticipated’ category mainly for their placement on the current depth chart, which even Coach Tomlin has said is an ever evolving machine of its own, playing time during the preseason thus far and performances while on the field that made it appear the players were not ready for a final roster.

Some of these players may make it past the cut – it’s very possible – only to see the final cuts send them away from Pittsburgh or onto the practice squad.

Note:  As of this post, the only verified cuts that have been made are those that involve the AFC North teams, other than the Steelers, as listed above.

If you’d like to get into the roster discussion, please join us at GridironChatter.com and share your opinion, especially if you think we may have jumped the gun on some of the Steelers players.