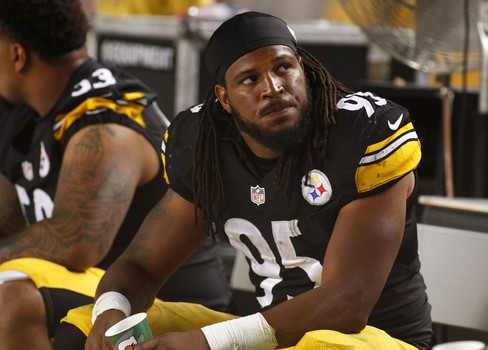 The Pittsburgh Steelers preseason has been a learning curve and the team used their fourth and final game of 2014 to help determine what players may or may not make the final 53-man roster on Thursday night against the Carolina Panthers at Heinz Field. Coach Mike Tomlin said the game didn’t reflect the “type of finish” the Steelers were looking for, but preseason for Pittsburgh has been what it has been. “We’ll start the process of moving forward in determining who the 53 (players) are and getting ready for the (regular season) opener,” said Tomlin.

Thursday night was the first time the Steelers have been shutout in a preseason game since 1992 versus the New Orleans Saints (26-0) during Bill Cowher’s first season as the Steelers coach. The story of the game was one of inconsistency and most likely the last time several players will be in a Steelers jersey.

The Panthers were able to put the first points on the board when backup quarterback Derek Anderson, playing for an injured Cam Newton, led Carolina from the opening kickoff down the field for 62 yards on 14 plays, finalized by a field goal by Graham Gano. Later in the game, Anderson would be injured, forcing third-string quarterback Joe Webb to finish the game.

Overall the game looked more like a tune-up that any real competition outside of positional battles. The Steelers allowed Landry Jones to play quarterback for nearly the entire game where he continued to show a lack of awareness despite completing 14-of-18 passes for 97 yards and no touchdowns. Jones was sacked three times for a loss of 26 yards. His top target for receiving was Darrius Heyward-Bey who caught six passes for 44 yards on eight targets.

On the ground, the Steelers played seven different running backs, including rookie Dri Archer and fullback Will Johnson, but were only able to gain 106 yards on 21 total carries. The longest run was by Josh Harris (for 31 yards) who will most-likely not make the final roster. Archer, Le’Veon Bell and LeGarrette Blount were only able to put together a combined 23 yards.

Antwon Blake and Shamarko Thomas lead the defense with a combined 14 tackles. The Steelers were unable to get a sack or a turnover to go their way.

Rookie receiver Martavis Bryant sprained an AC in his shoulder and Brice McCain suffered a right groin injury. Both players will be evaluated by the team in as timely a manner as possible.

In his post-game press conference, coach Tomlin said that he did feel good overall about where the Steelers are sitting. “We have ten or so days before the (regular season) opener and we will intend to utilize that. We’re very much still a team in development like all teams are. I think you’re kidding yourself if you think you’re a finished product (at) this time of year.” Tomlin acknowledged that the short timetable will require the team to take a look at what they need to put a successful product on the field, but that they will not rush their decisions.

(article originally posted on Examiner.com by author under under a different headline)

Steelers Injury Report Update: Getting Healthy For Road Ahead
Steelers Game Grades: Aftermath Of The Last Tune Up