Wheaton, Brown: The First Start And All-Pro Battle With Haden 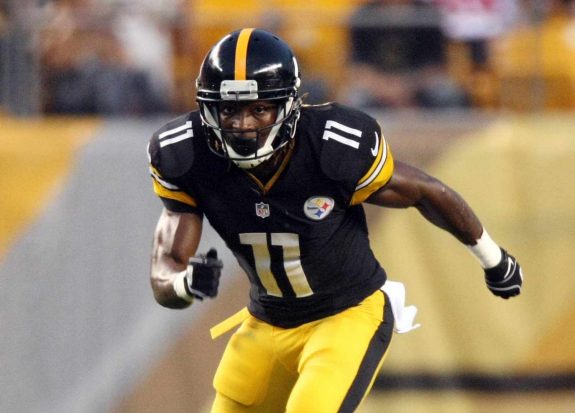 Wide receiver Markus Wheaton will be making his first career NFL start against the Cleveland Browns this Sunday. His teammate, Antonio Brown, will be covered by one of the game’s top corners in Joe Haden.  All three of these players will be looking to make major impacts this season, which makes this topic so intriguing.

Wheaton had a forgettable rookie season dealing with injures and adjusting to the speed of the NFL game. He has since rebounded in the offseason having a great training camp and making the most out of his limited preseason snaps. It’s no secret that Wheaton’s best physical skills are his agility and speed. With the stellar play of Brown the past few seasons, Wheaton could very well receive single-coverage on many plays.

Any receiver in the NFL loves single-coverage, knowing that they don’t have to worry about safeties over the top. Brown has had success against the Cleveland Browns in the past and Haden has improved very much since coming into the league – leading to a recent $68 million contract for the cornerback.  In many games, Haden has shown the ability to cover receivers without much safety help. But knowing that Brown is a receiver that can catch passes in bunches signifies that there will likely be much more safety help for Haden this Sunday.

Wheaton has shown the ability to catch short passes and and use his athleticism to create additional yardage. That will be crucial considering Ben Roethlisberger may have to make some hot reads when facing eight defenders in the box. Wheaton is also the type of player to catch a slant pass and turn it up-field for a big gain.

Brown has never had a 1,000 yard receiver opposite him since becoming a starter for the Steelers. Wheaton could break that drought.  The matchup between Wheaton, Brown and Haden will be a pro bowl-like battle in the making.