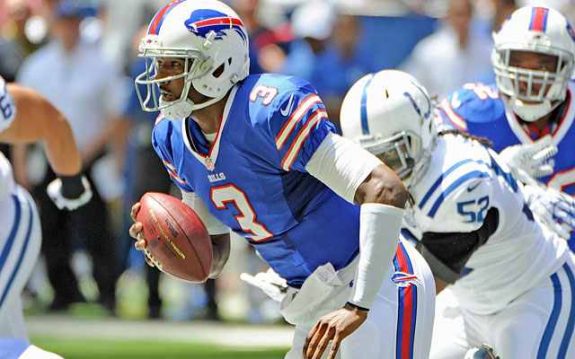 The competition among teams in the AFC East is typically a bit more balanced in past seasons that this year’s outlook. The New England Patriots are predicted to rate as a top-10 team in the NFL for 2014, which puts a heavy demand on the rest of the division to step up in a major way to topple Brady and company.

While Tom Brady is the poster-boy for the Patriots offense, New England’s defense is looking stronger for 2014. With help from Darrelle Revis, Bill Belichick may not have to worry as much about who Brady’s top targets are, as the receiver situation remains murky and tight end Rob Gronkowski is a health concern. The Dolphins had a legitimate shot at the playoffs, but just didn’t get things to go their way, which means the Jets and Rex Ryan’s button-on-the-number call to quarterback Kyle Orton with Michael Vick in the wings should put them in second-place contention. Where the Dolphins improved over the offseason was along the offensive line, and it was much-needed. The Bills are desperately hoping that EJ Manuel improves his play and leadership of a team unbalanced. With the Bills, Dolphins and Jets all on the cusp, none look to be able to get a jump on New England’s heavy hand on this division.