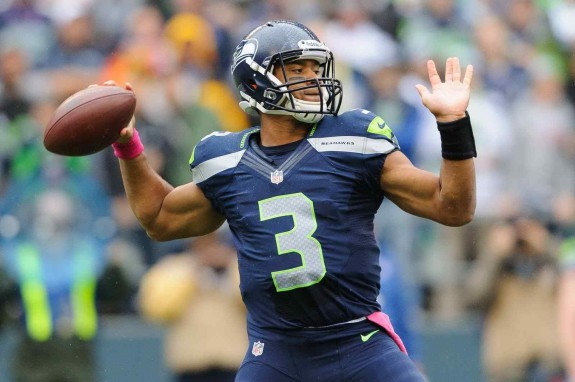 It’s that time of year again when divisional outlooks come into play across the NFL. Today we look at the NFC West predictions and how the defending Super Bowl Champion Seattle Seahawks stack up against the divisional rivals.

The Seahawks may have taken a bit of a step backwards from their 2013 Super Bowl season on defense, but they are likely to improve in the passing game with Russell Wilson ready to lead a tough Seattle team in defending their title against a division that lost considerable players from every team. Jim Harbaugh’s 49ers are without defensive leader NaVorro Bowman for several weeks and Aldon Smith for half the season. Colin Kaepernick will need to have a breakout season to keep San Francisco neck-and-neck with Seattle down the stretch. Without Sam Bradford at quarterback, the Rams will look for answers on offense and count on a defensive line that gives them something to secure what could be a rocky season. Arizona suffered possibly the most in the offseason with the Daryl Washington suspension, Darnell Dockett injury and loss of Karlos Dansby to free agency. They are a team looking for an identity.