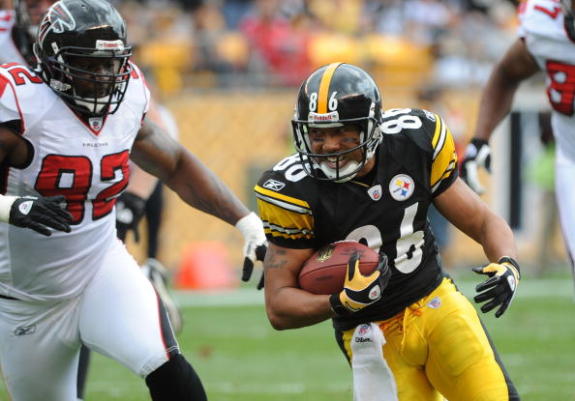 The Steelers play the Falcons in Atlanta for the first time since 2006, and that affair was a wild one, as the Falcons beat the Steelers at the Georgia Dome 41-38.

The two teams played for the last time in Pittsburgh, the opener of the 2010 season, a game that can best be remembered for a defensive affair, as Dennis Dixon got the start for a suspended Ben Roethlisberger.

The game went into OT, and the Steelers survived as Rashard Mendenhall won the game on a 50-yard TD. Below is the game recap written on Steelers Gab that day.

The Steelers had their struggles with the talented Atlanta Falcons, but in the end the defense came up big in overtime, and Rashard Mendenhall came up even bigger, as the Black and Gold won 15-9 to open the season.

The defense, which had faltered so many times late in games a year ago, came up with a big turnover as Troy Polamalu got a pick that set the Steelers up at the Atlanta 30 with 1:40 left. The Steelers gained 9 yards on three plays to set up Jeff Reed with a 40-yard field goal attempt with :39 seconds left.

The kick was no good, and both teams went into overtime for the third straight time between the two franchises. Atlanta starting at their 9 after a penalty, got to the 24 before a hold against James Harrison on third down killed any shot they had.

Michael Koenen’s punt only went to midfield, setting up the heroics for Mendenhall. On the Steelers first play, the Steelers workhorse back took it off tackle, going 50 yards almost untouched into the end zone to end the game 2:35 into the OT.

Dennis Dixon was shaky in his first start at QB for the Steelers, going 18-for-26 for 236 yards with no touchdowns and a pick. He was also sacked three times, a couple times which killed a possible drive late in the fourth quarter as the team was trying to get in field goal range.

The teams each traded two more field goals in regulation, as neither club could do enough to get in the end zone.

After seeing the way the Steelers lost so many games late in 2009, it was good to see them able to close the door in the fourth quarter and overtime, and it was great to see Polamalu come up with a big play. The D gets a big thumbs up if Reed makes the field goal that should have won them the game.

As for Dixon, he was not all that effective, but had a few nice throws to Hines Ward, who had 6 grabs for 108 yards. Mike Wallace also had a big grab for 52 yards. Overall though, Dixon needs to do more, as the team was 4-for-14 in third downs, and quite a few of those fell on him.

The Steelers are up on top of the division after one week, as the Bengals lost in New England, and the Browns, who huffed and puffed into the season about getting better, lost to the 3-win Bucs in Tampa Bay. The Steelers go to play a tough Titans team in Tennessee next Sunday.

Le’Veon Bell’s success against the Bengals is talk of NFL
Steelers hold on to beat Falcons, 27-20