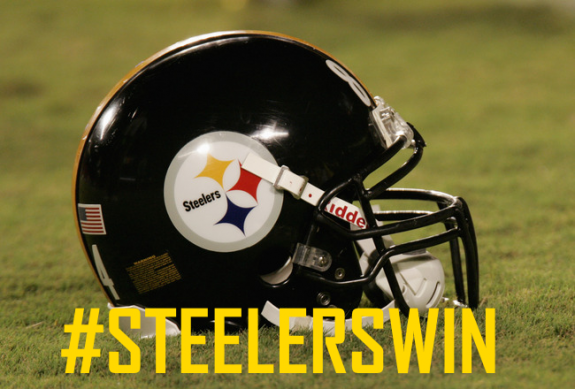 The Pittsburgh Steelers entered the Georgia Dome with one thing on their minds – winning.  The Atlanta Falcons were hoping that home-field advantage would be just that, an advantage.  The Steelers were first to put points on the scoreboard and held the lead throughout the game, getting some key defensive stops.  While it wasn’t Pittsburgh’s best game of the 2014 season, they did just enough to get the ‘W’.

Placekicker Shaun Suisham was solid all game, kicking two field goals to score the only points in the entire first quarter.  The Steelers defense kept flipping the field, but the Falcons defense kept the Steelers from getting a touchdown.

” I don’t know if it’s key people,” head coach Mike Tomlin said about the resiliency of his team before the game, “or central people who specifically lead the charge in terms of responding to adversity. I just think it’s largely who the group is, individually and collectively. The makeup of them. It’s helpful when the group is resilient, obviously.”

William Gay got his third interception of the season by jumping a Matt Ryan route and took it to the house, scoring a touchdown.  Gay’s play has been improved in 2014 as he has been asked to take a bigger role, especially now that Ike Taylor is most likely done for the season.

Le’Veon Bell was once again a key player for Pittsburgh even though his rushing numbers were lower in week 15.  Bell had 20 carries for 47 yards and scored two touchdowns.

Although Ryan kept his team in the game, pulling within a touchdown on a 4-yard pass to a wide-open Roddy White, the Steelers defense held.  Once the Steelers got the ball back, they converted three times on third down in their final offensive possession.  A long pass to tight end Heath Miller made it possible for Pittsburgh to kneel for the win.

The Steelers move to 9-5 on the season, a half game behind the Cincinnati Bengals in the AFC North.  The Falcons fell to 5-9 and slipped out of first place in the horrible NFC South.