Bengals Start Getting Ready for the Steelers with a Sick QB 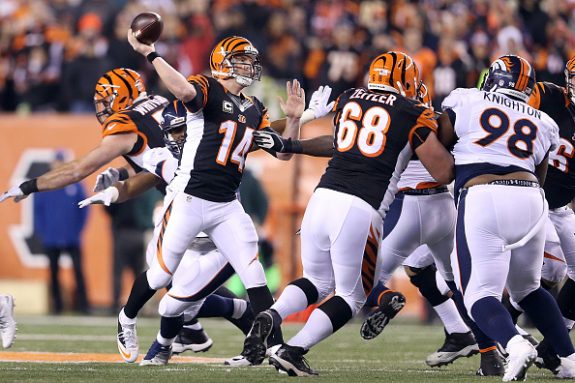 The official work week for the Bengals as they get ready for the Steelers started today, and did so with a QB sent home due to the flu.

The team sent QB Andy Dalton home from practice because he came down with the flu, the latest Bengals player to miss time with an illness going through the team.

The Bengals say they feel that he will be fully recovered by the time they go to Pittsburgh.

They also expect to have receiver A.J. Green back. He bruised his upper right arm during a win over Denver on Monday night and failed to make a catch.

SI’s Don Banks Looks Back at the 1974 Steelers
Ravens Wrap Up Playoff Spot; Will Take On Steelers if Pittsburgh Wins Tonight