Bell Goes Down in Third Quarter with Knee Injury 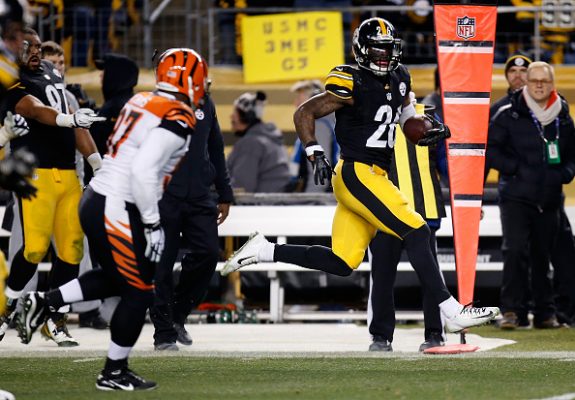 Steelers running back Le’Veon Bell went down in the third quarter of the Steelers-Bengals AFC North title game Sunday night at Heinz Field.

Bell caught a pass in Bengals territory with the Steelers leading 20-10, but following the catch took a shot to the knee by Bengals safety Reggie Nelson.

The Steelers leading rusher laid on the ground, but then got up and jogged off under his own power. He was laying on the trainers table when Ben Roethlisberger threw a pick – again to Nelson.

Bell was heading to the locker room after the timeout following the pick.

Update: NBC’s Michelle Tafoya reports that Bell has a hypextended knee, and is ‘doubtful’ to return.