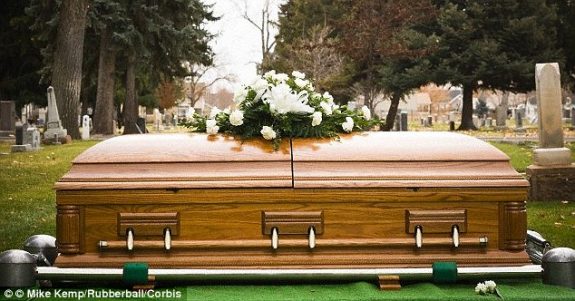 There’s a lot of people that ‘live and die’ with the Steelers – but this woman’s family may be taking it just a bit too far.

KDKA in Pittsburgh reports that the death of an 81-year-old woman’s death may be in part with the Steelers poor play as well as the teams separation with longtime DC Dick LeBeau.

A Wilkes-Barre newspaper printed the obit of Eleanor Gallagher, who passed away peacefully on Wednesday.

The part of the obit that sticks out states the following:

“Eleanor was a devoted Pittsburgh Steelers fan, and the family firmly believes that the recent separation of Dick LeBeau and the Steelers’ poor performance this season might have inadvertently contributed to her demise.”

Just shows how high the expectations are for the black and gold, since ‘poor performance’ included the team going 11-5, winning the AFC North, and making it to the postseason.

Here’s a link to the entire Obit

If this ladies family is that upset over the Steelers, it’s a wonder there’s not 10 of these in Cleveland newspapers everyday based on the last 40 years of the Browns play on the field.