Taking a Far-Too-Early Look at the Steelers’ 2015 Opponents 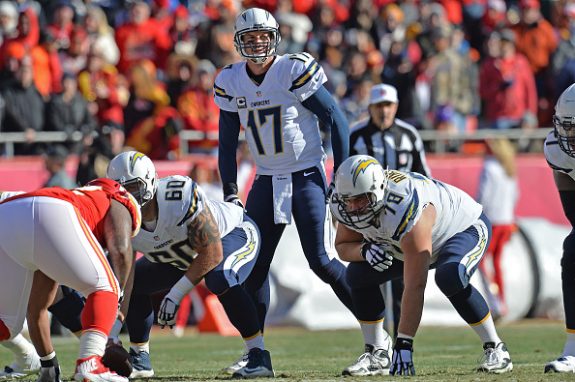 Now that we’re all stuck in the football-free no-man’s land that is the bye week between championship weekend and the Super Bowl (and before you say anything, no, the Pro Bowl does not count), let’s take a blissful look ahead to September and the Steelers schedule for 2015.

Of course, at this point we only know the opponents. We won’t know the dates and times of the games until the spring, but now that the January war of attrition that is the NFL playoffs has left us with just two teams standing, we can take a look at the Steelers opposition for the upcoming season with a little more clarity.

The Steelers will play nine games against 2014 playoff teams next season. In addition to the home-and-home dates with division foes Baltimore and Cincinnati, the Broncos, Colts and Cardinals will visit Heinz Field this fall. Road tests against both of this year’s Super Bowl combatants – New England and Seattle – await next season as well.

Based on the product the Steelers put on the field this season, a tougher schedule – at least on paper – would seem to be an advantage. Sure, the team will still have opportunities to play down to the level of lesser competition against the Browns, Raiders and Rams, but as a whole the 2015 schedule looks to be no bargain.

A home matchup with the newly Harbaugh-less 49ers and AFC West road tilts against Kansas City and San Diego round out next year’s slate. San Francisco should be primed to rebound from a disappointing finish, and the Chiefs and Chargers were in the playoff hunt until the final week of 2014.

Surely, some of what we know about these teams will change in the months to come. Players will come and go via the draft and free agency. Others will retire or sustain injuries that will wreak havoc on the depth charts of all 32 teams. But Steeler fans – myself included – have likely already been looking at the list of opponents and trying to pin down next year’s record.

When it comes to this sort of premature prognostication, I’ve found that members of Steelers Nation fall into three camps – the pessimistic, the unrealistic and the wafflers. No matter what faction you happen to claim membership to, it doesn’t take long for the numbers to escape their lips. The pessimists will offer a quick 6-10 while mumbling something about taking a baseball bat to the windshield of Todd Haley’s car. The unrealistic will want to say 16-0, but they’ll say 15-1 or 14-2 so as not to tip their hand to their belief that next year’s Steelers might just challenge the perfect record of the ’72 Dolphins.

As a card-carrying waffler, I typically have a tougher time pinning down my prediction – even when the schedule is finalized. My standard response for the past several years has been to cover my bases for anything between 7-9 and 11-5. But rest assured, I’ll spend more time in the next 10 days thinking about the Steelers chances next year than I will acknowledging the existence of the Pro Bowl or fretting over potential punishments for how much air the Patriots did or did not put in a few footballs last weekend.

Dick LeBeau unlikely to join Cardinals staff
Can the Steelers Find a Pass Rush in 2015?