Much Ado Over Antwon Blake Arrest 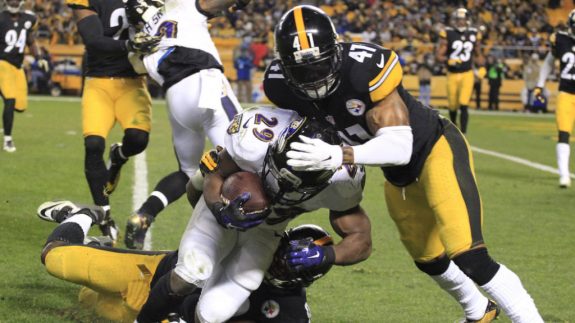 Like the Shakespearean play, Much Ado About Nothing,  famed gossip site TMZ Sports roused attention over the fact they overheard that Pittsburgh Steelers defensive back Antwon Blake was arrested over the weekend for alleged public intoxication.  In this case, elements of the ridiculous and public shame can be placed as much on Blake as on TMZ.

Blake was apparently taking in the local club scene in downtown Oceanside, California on Saturday night into Sunday morning.  Police officers allegedly viewed Blake in an intoxicated state outside of an establishment  and took him into custody.  As soon as Blake was sober enough to be released, he was.

Steelers communications coordinator Burt Lauten issued a statement saying, “We are aware of the report and are still gathering information.  We will have no further comment at this time.”

TMZ is a business based on using paparazzi in order to get a ‘good story’, and while I am not a proponent of public intoxication, it is unlikely that the supposed ‘news’ site had anything better to do on the weekend before St. Patrick’s Day than troll the police scanner for the latest news on high-profile people to get into trouble.  The infraction by Blake would have likely been handled internally instead of becoming a public trial if it hadn’t been heralded as the biggest news story of the day regarding the Steelers on social media.

Blake’s infraction wasn’t anything compared to the recent NFL news regarding domestic abuse or the use of banned substances, but I am not giving the young man a complete pass.  He shouldn’t have been roaming Oceanside after a night of drinking, but a public shaming isn’t really necessary either.  In this case, it appears that much ado has been made over an infraction of wise decision-making.

Note to Blake:  Take a cab next time you go out on the town, or better yet, find someone to hang out with that can be your designated sober buddy that will keep you out of trouble.