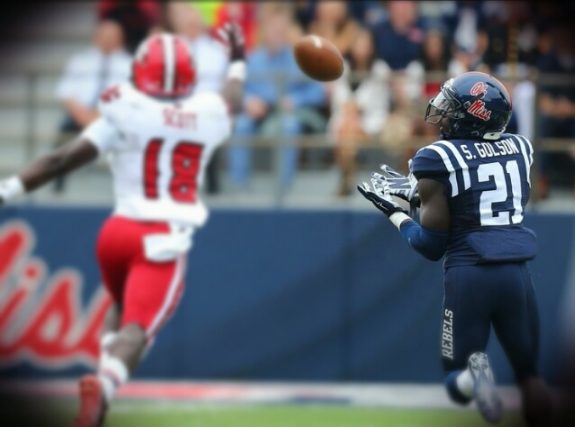 On Tuesday, the Pittsburgh Steelers announced via Twitter that they have signed their second-round selection from the 2015 NFL Draft – cornerback Senquez Golson.  Financial terms of the four-year deal were not disclosed.

We have signed our second round draft pick, @Quez_G, to a four-year contract. pic.twitter.com/Ww9CZhXHm7

Golson (5-9, 176), was the 56th overall pick out of Ole Miss. Golson started 33-of-49 games and recorded 136 tackles and 16 interceptions. His 16 interceptions led all NCAA active defensive players and tied for third most in school history. Golson led the SEC with 10 interceptions in 2014, second-most in the NCAA, and tied an Ole Miss single-season record (1949, Bobby Wilson).

The Pittsburgh Steelers have now signed four of their eight draft selections.