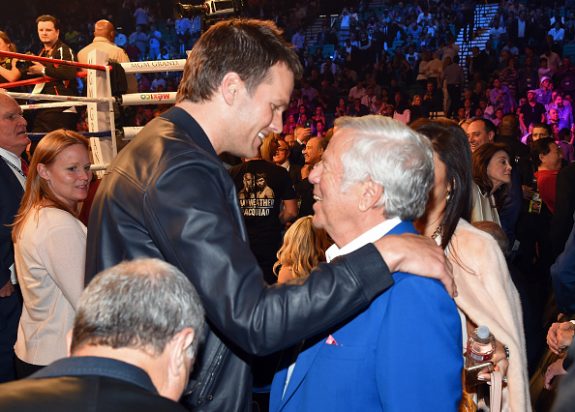 Three days after the NFL correctly sat Patriots quarterback the first four games of the season, the team has come out with a website, basically bashing the report and calling it ‘incorrect’ and ‘incomplete.’

The site’s first page is a tedious one – over 19,000 words of context about how the report was not correctly done, and there’s even annotations to the report which were prepared by Daniel L. Goldberg, a senior partner in the Boston office of Morgan Lewis

The site says, “represented the Patriots and was present during all of the interviews of Patriots personnel conducted at Gillette Stadium.”

Here’s a portion of the report, the :

“The conclusions of the Wells Report are, at best, incomplete, incorrect and lack context. The Report dismisses the scientific explanation for the natural loss of psi of the Patriots footballs by inexplicably rejecting the Referee’s recollection of what gauge he used in his pregame inspection. Texts acknowledged to be attempts at humor and exaggeration are nevertheless interpreted as a plot to improperly deflate footballs, even though none of them refer to any such plot. There is no evidence that Tom Brady preferred footballs that were lower than 12.5 psi and no evidence anyone even thought that he did. All the extensive evidence which contradicts how the texts are interpreted by the investigators is simply dismissed as “not plausible.” Inconsistencies in logic and evidence are ignored.”

In other words – someone over the last three days had plenty of times on their hands.

Get ready for more, and more, and more verbiage from the Patriots, Robert Kraft, and anyone tied to the franchise about why they feel they are getting the shaft.

Maybe if they wouldn’t have cheated in the first place none of this would ever happened.