Between the Hashmarks: ‘Fart Tax’ Gases DeflateGate In The End 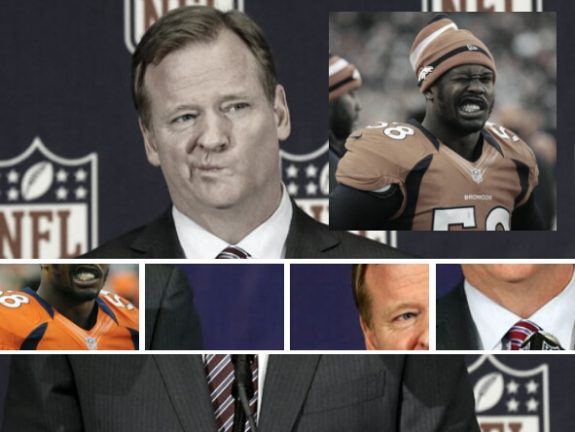 Rarely is there a finer opportunity to cover a sports story within the National Football League than during a scandal, but on Thursday news out of Denver blew the lid off of recent ‘DeflateGate’ grievances that have been aired exhaustively. You may have heard whispers, gasps, a bit of coughing or outright blasts of laughter, but Broncos outside linebacker Von Miller is apparently in vapors over a ‘fart tax’ his teammates allegedly have enacted – and it’s because he is the guilty party. Puns aside, NFL Commissioner Roger Goodell should take notes over the stink.

As a sports writer, I admit that my main focus is on the Pittsburgh Steelers year-round, but in this particular case, no one can point the finger that the Steel City’s franchise is the stinkiest in the league this time. Grab your thesaurus and an environmentally-friendly bottle of Febreeze because I am going to segue right into this as smooth as cutting cheese.

Commentary: Roethlisberger Ranks As One Of the Best Play-Action QB’s in the NFL
Steelers Defense: Aggressive Style Over Size In Secondary